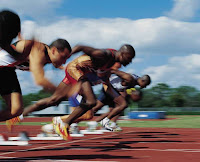 There’s little question that automatic enrollment “works,” at least in terms of turning employees into participants—just as there is little doubt that, left to their own devices, too many employees remain on the retirement-savings sidelines.

However, as I talk to advisers, third-party administrators, and plan sponsors around the country, I’m increasingly aware that the Pension Protection Act’s automatic enrollment safe harbor is more unpalatable than one might have imagined on first blush. Sure, automatic enrollment is an effective way to get people into the plan—but that 50% matching requirement on an escalated contribution (Congress apparently thought that a 50% match up to 6% of pay deferral was “normal,” rather than merely common among larger plans), particularly on participation levels escalated by automatic enrollment, is simply too expensive for many. And many, already taking advantage of the current safe harbor designs, simply don’t need the discrimination testing shield that the PPA’s version offers as a carrot to offset the match’s “stick.”

As that realization sinks in, I am increasingly asked about other ways to turn more workers into participants. Here’s a quick list:

(1) Start Sooner. The typical plan still makes people wait to join, generally as a matter of administrative practicality—Why go through the paperwork of setting someone up who is going to leave in three weeks, after all? Still, I wonder how many people we lose to the “take the package home, discuss it with your spouse, and turn it in 90 days hence” message that is part-and-parcel of today’s enrollment mentality.

(3) Return “Engagement.” Even if there are good reasons for making people wait to join, there’s no reason to let them off the hook. Certainly, these are voluntary programs, but there’s no reason you can’t make workers return the enrollment form, even if it is just to say “thanks, but I’m not interested in participating now.” You can make them turn the forms in at the same time all the other employment-related forms are turned in (even if you don’t start withholding contributions for a period of time), or you can simply build a reminder system of some sort to ensure that they turn the forms in. You might be surprised how many, forced to do so, actually become participants (see also Participant Directives - I
).

(4) Meetings Matter. Admittedly, mandatory enrollment/education meetings bring with them certain “complications”—but it’s hard to persuade the unconvinced to join the plan if you only preach to the choir (the ones who come voluntarily are generally already committed to the process).

(5) Management Matters. Make sure that the boss is in the room for the enrollment meeting, and give them a speaking role. First, if the boss is there, voluntary meetings quickly become mandatory (see above). Second, if the person who signs their paychecks tells them how important this is, that message is almost certainly more impactful than the perspective of an “outsider” (see also Meeting Minders).

(6) Make Missionaries. One of the most effective encouragements to workplace savings is the workplace leaders. These can be supervisors, of course, but sometimes the hierarchies are less formal than that. These are the folks that everybody else listens to—respected individuals in the workplace who, once they are committed to the program, can talk up the plan, the benefits, etc. during the regular work day on the shop floor—long after you’ve packed up the presentation and gone home. These folks can (and do) preach the gospel of savings—and those who don’t save feel pretty stupid for not doing it. An additional benefit? They can help reach across barriers of language, race, etc. They literally speak the language.

Plan sponsors (and advisers) who think the Pension Protection Act’s automatic enrollment safe harbor represents an easy solution to disappointing participation rates may have another “think” coming, according to the findings of recent industry data—Including PLANSPONSOR’s own 2006 Defined Contribution Survey.

The 10th annual version of PLANSPONSOR’s assessment of the activities of nearly 5,000 plan sponsors found that the median participation rate for plans that had implemented automatic enrollment was 80%. Now, that’s certainly nothing to sneeze at, but it’s not very much ahead of the 75% median rate for the plans in the same survey that had not taken the step toward automatic enrollment—and it’s well short of the outcome that one normally sees touted alongside that option (generally in the 90-95% participation range).

Our survey was based on the experience of plans that had adopted automatic enrollment prior to last summer’s passage of the Pension Protection Act of 2006 (PPA), along with its new automatic enrollment safe harbor (which kicks in next year). Still, since most of those programs have been in place now for more than two years, one might well expect a “better” result.

Traditionally, caution has ruled the day in adopting automatic enrollment. That caution has generally meant that relatively modest deferral rates were chosen, that contributions were invested in relatively conservative options, and that the program was implemented on a prospective basis—only for workers hired after the implementation date. Indeed, for many plan sponsors, the still-active assumption is that workers who had previously “chosen” not to participate (generally by not returning the enrollment form) have effectively already made their decision—to let “sleeping dogs lie.” Nor is this common presumption likely to change of its own volition even with the passage of the PPA, whose automatic enrollment safe harbor does not require a retroactive application.

In fact, IMHO, it seems quite likely that this decision to implement these programs on a “prospective only” basis likely accounts for the negligible uptick in participation rates in automatic plans reporting in PLANSPONSOR’s DC Survey.

What it does mean is that plan sponsors looking for a silver-bullet solution to their participation problem (not to mention the advisers touting such programs as same) may wonder why their prospective solution isn’t turning out to be quite the panacea for those ills they had been led to expect.

While plan sponsors are understandably reluctant to rouse those “sleeping dogs,” it’s hard to imagine that they aren’t just as concerned about their retirement well-being as those that have just been brought on board. The ultimate solution, of course, lies in understanding that the reasons some newly eligible workers chose not to participate—or more likely made no choice at all —are the same reasons the not-so-newly eligible are still on the sidelines.

That, and being willing to do something about it. 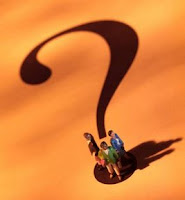 We have long been concerned about the attention deficit of participants when it comes to their 401(k) plans. There’s the problem of getting them to pay attention to the importance of saving in the first place, and of choosing an appropriate level of savings, the challenge of helping them make sound investment decisions—and the biggest challenge of all, getting them to reconsider those choices over time. Our continued inability as an industry (I realize there are pockets of exception to this rule) to fully engage participants on the issue has, ultimately, led to the adoption of automatic plan designs that don’t require the participant to “do” anything other than write the check.

I have a more radical solution to the problem: Let’s make people sign up for their 401(k)—every year.

Before you spit up your morning beverage (apologies if it’s too late for that), hear me out. I will concede that signing up for a 401(k) plan can be a daunting task for a participant, and that it is already logistically challenging for employers (and advisers) to accommodate annual meetings for new workers. But consider this: Is it any more onerous than the annual decision(s) attendant with health-care plan enrollment?

In many ways, the “automatic” solutions are a band-aid, at best. The Pension Protection Act’s automatic enrollment safe harbor requires only a 3% contribution from workers who don’t contribute actively, and steps that up by only 1% a year, and then only until it reaches 6%. That’s where many participants start contributing today, of course—and don’t tell me that an automatic enrollment program won’t turn some (perhaps many?) who today take the time to fill out the forms into defaulted savers in the future. Ironically, the PPA could actually serve to reduce some deferral rates, left unattended (see “Starting Blocks”).

Think those target-date fund defaults will fix poor asset allocation decisions? Perhaps for those that adopt them—but many (most?) plan sponsors seem only to be interested in adopting the change prospectively, doing nothing for those who are already enrolled in the plan. And the PPA’s safe harbor only requires prospective adoption for the automatic enrollment provisions.

Still, even if the PPA’s automatic solutions aren’t a perfect solution, even if they require some implementation oversight, why would I suggest that we make participants (and employers) undertake the painful process of enrollment every year?

I have long thought that the concept of saving for an ambiguous goal like “retirement” was just beyond the short-term comprehension of most people. Just about everything else we focus on has a much shorter term—we have annual budgets, monthly expenses, weekly meetings. Additionally, saving for retirement has largely been presented as something you need to do - - - someday. Most plans don’t allow for immediate eligibility (I appreciate the administrative rationale for some high-turnover workforces), and the vast majority of programs don’t even require that the 401(k) enrollment form be returned, much less completed (see “Participant Directives”). Contrast that with your workplace health-care program—the one you have to choose every year, and return the form—or have a program chosen for you.

Still, to say that an annual 401(k) enrollment is no more painful than health-care enrollment is not to say that it wouldn’t be painful. However, IMHO, an annual enrollment process could well lead to better decisions with these programs. Vanguard published a study on Roth 401(k) enrollment this week—and they found that the strongest correlating factor with participants choosing the Roth was being a new employee (see “Early Roth Adopters Are Active Retirement Savers”). This single attribute increased the probability of adoption by 3.2 percentage points on top of the normal 5% adoption rate—an increase of about 65%. Are these new workers smarter? I doubt it. Younger (and thus more likely to be enamored of the tax benefits of the Roth)? Perhaps, but age, while a factor, wasn’t the determinative factor—tenure was. Moreover, this result corresponded with the findings of another survey (also done by Vanguard) a couple of years ago that found some significant differences in asset-allocation choices—depending on when you joined the plan. These studies—and any number of others—suggest that, once most workers are “in,” they’re “done” making informed decisions about their retirement savings; the amount, the investment, the type. But they also suggest that, at the point of enrollment, participants are paying attention and are, in the aggregate at least, making decisions that seem reasonably informed.

Ironically, IMHO, the current solutions touted for engaging participants more seem mostly to rely on involving them less. That may be what they want—but I’m not convinced it’s what they need.