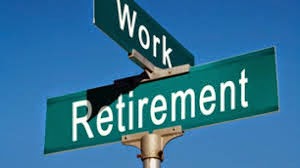 It is routinely reported that 10,000 Baby Boomers are retiring every day, and yet surveys continue to indicate that Americans plan to postpone retirement.

This raises the question: are more older Americans working?

A recent Wall Street Journal article notes (subscription required) that one of the biggest changes in the U.S. labor market over the past two decades has been the increasing number of people working over the age of 55. As recently as 1993, only 29% of people that age were in the labor force, but by 2012 more than 41% of that age group were still in the labor force, the highest since the early 1960s.

A recent report by the Employee Benefit Research Institute (EBRI) noted that the percentage of civilian, noninstitutionalized Americans near or at retirement age (age 55 or older) in the labor force declined from 34.7% in 1975 to 29.4% in 1993. However, since then the overall labor-force participation rate of this group has increased steadily, reaching 40.5% in 2012 — the highest level over the 1975-2013 period — before decreasing to 40.3% in 2013.

The Journal article draws on some Department of Labor data that show that while there are fewer men working at every age, at any given age, more men were working in 2013 than in 2000. By way of example, the article notes that at the turn of the century, about 66% of 60-year-old men and 20% of 70-year-old men were still in the labor force — participation rates that stand today at 72% and 25%, respectively.

So, while there are clearly more people retiring, and thus more not working, there also appear to be more older individuals (on a percentage of workforce basis) working today — though perhaps not as many as once thought they might.
Posted by Nevin E. Adams, JD at 9:30 AM No comments: 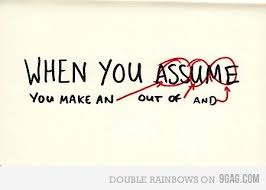 The use of assumptions was the focus of a recent report from the Employee Benefit Research Institute (EBRI), which not only highlighted the assumptions used in two separate retirement studies, but illustrated a real problem with their results.

The EBRI report examined two earlier  studies — one by Pew Trusts, the other by the Center for Retirement Research at Boston College — that purported to show that the retirement prospects for Gen Xers were worse than those of the Baby Boomers. The EBRI report not only highlighted the questionable assumptions, but took the time to quantify the impact (see “EBRI Report Calls Out Pew, CRR on Retirement Conclusions”). Such public criticisms are a rarity, as evidenced by the media coverage accompanying the release of the EBRI report.

As recently as a few years ago, I would have assumed that findings published by credentialed individuals associated with a reputable institution of higher learning could be taken at face value, if only because I assumed that if their methodologies were flawed, their findings would be taken to task by other similarly credentialed individuals.
Sadly, that does not seem to be the case.

The Pew report, though it went to some pains to determine appropriate rates of return to project out the future balances of both Boomers and Gen Xers, chose to completely ignore any future contributions.  Not so big a deal for those on the cusp of retirement perhaps, but what about those Gen Xers (defined as those Individuals born between 1965 and 1974) who are (just) 40? That’s at least a quarter century of contributions — and earnings on those contributions — completely disregarded by the Pew assumptions. Think that might tend to produce a lower retirement readiness conclusion about that demographic?

As for the report by CRR, the EBRI report explains how it relies on “wealth-to-income patterns by age group from the 1983–2010 Federal Reserve Surveys of Consumer Finances (SCF).” That certainly sounds like a credible source, but it also happens to be based on self-reported information and a perspective of 401(k)-plan designs and savings trends that pre-date the impact of automatic enrollment plan features that followed the passage of the Pension Protection Act of 2006. Not that you’ll find that acknowledged in the report, even in the footnotes. And yet data from the CRR’s NRRI are routinely cited in industry reports.

Projections about the future inevitably require some assumptions, and the EBRI report does as well. But it not only lays out its assumptions in great detail, it provides a wide range of findings associated with those various assumptions so that readers can draw their own conclusions based on the scenario(s) they think most likely to occur.

There’s an old adage that points out the inherent dangers in relying overly much on assumptions. It cautions that one should “never assume, because when you assume, you make an ‘ass’ of ‘u’ and ‘me.’”

That goes double for those who blindly rely on research findings drawn from assumptions poorly constructed and/or undisclosed.

• See an earlier analysis of the Pew Trust report here.

• You can find a more comprehensive explanation of some of the issues associated with the CRR’s NRRI here.
Posted by Nevin E. Adams, JD at 5:57 PM No comments: 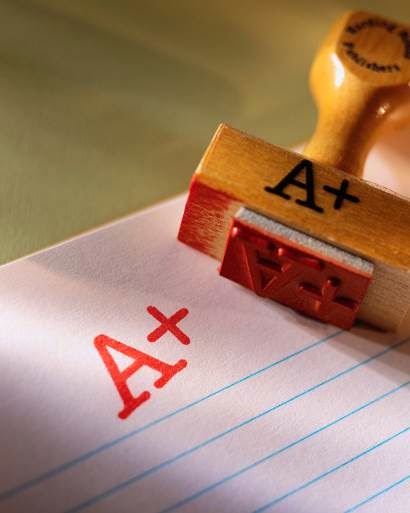 I joined EBRI with a passion for the insights that quality research can provide, and a modest concern about the dangers that inaccurate, sloppy, and/or poorly constructed methodologies and the flawed conclusions and recommendations they support can wreak on policy decisions.  While my tenure here has only served to increase my passion for the former, on (too) many occasions I have been struck not only by the breadth of assumptions made in employee benefit research, but just how difficult – though not impossible – it is for a non-researcher to discern those particulars.

We have over the past couple of years devoted some of this space to highlighting some of the most egregious instances, but as I close this chapter of my professional career, I wanted to share with you a “top 10” list of things I have learned in my search to find reliable, objective, actionable research:
One of the things that I’ve always loved about the field of employee benefits was that there was always something new to learn, and with each position along the way I have gained a new and fresh perspective.  I’ll always treasure my time here as a member of the EBRI team, the opportunity I’ve had to contribute to this body of work – and I’m looking forward to continuing to draw on EBRI research for insights and analysis in my new position, as I have for most of my professional career.

That said, I’ll close by commending to your attention one of my favorite “lessons” – a quote attributed to Mark Twain, and one worth keeping in mind along with the 10 “lessons” above:

“It’s easier to fool people than to convince them they have been fooled.”

Here’s to not being fooled.

A few months back, I was intrigued to catch several episodes of “Cosmos,” an updated version of the classic 1980 Carl Sagan series.  Along with the significantly expanded and enhanced visuals and (to me, anyway, generally annoying) animations, the series recounted the work, travails and accomplishments of Edmond Halley, who, even today, is probably best remembered for the comet whose 75-year cycle he identified and which still, as Halley’s Comet, bears his name.

Halley wasn’t the first to see the comet, of course – in fact, it had been recorded by Chinese astronomers as far back as 240 BC, noted subsequently in Babylonian records, and perhaps most famously shortly before the 1066 invasion of England by William the Conqueror (who claimed the comet’s appearance foretold his success).  Halley noted appearances by the comet in 1531, 1607 and 1682, and based on those prior observations – and the application of the work and mathematical formulas of his friend Isaac Newton – predicted the return of the comet in 1758, which it did, albeit 16 years after his death in 1742.

Of course, the importance of repeated, measured observations isn’t restricted to celestial phenomena.  Consider that individual retirement accounts (IRAs) currently represent about a quarter of the nation’s retirement assets; and yet, despite an ongoing focus on the accumulations in defined benefit (pension) and 401(k) plans that have, via rollovers, fueled a significant amount of this growth, a detailed understanding as to how these funds are actually used during retirement has, to date, not been as well understood.

To address this knowledge shortfall, the Employee Benefit Research Institute has developed the EBRI IRA Database, which includes a wealth of data on IRAs including withdrawals or distributions, both by calendar year and longitudinally, which provides a unique ability to analyze a large cross-sectional segment of this vital retirement savings component, both at a point in time and as the individual ages and either changes jobs or retires.  Indeed, as a recent EBRI publication notes, the rate of withdrawals from these IRAs is important in determining the likelihood of having sufficient funds for the duration of an individual’s life, certainly where these balances are a primary source of post-retirement income.

Previous EBRI reports[i] have explored this activity for particular points in time, but a recent EBRI analysis[ii] looked for trends in the withdrawal patterns of a longitudinal three-year sample of individual post-retirement withdrawal activity, specifically those age 70 or older (in 2010), the point at which individuals are required by law to begin withdrawing money from their IRAS.

The EBRI analysis concluded that, when looking at the withdrawal rates for those ages 70 or older, the median of the average withdrawal rates over a three-year period indicated that most individuals are withdrawing at a rate that not only approximates what they are required by law to withdraw, but at a rate that is likely to be able to sustain some level of post-retirement income from IRAs as the individual continues to age.

Furthermore, the report notes that an examination of these trends over this period suggests that, based on the resulting distribution of average withdrawal rates over time as a function of the initial-year withdrawal rate, the initial withdrawal rate for those in this age group appeared to be one that these individuals are likely to continue to make the next year.

Of course, while the median withdrawal rates suggest many individuals would be able to maintain the IRA as an ongoing source of income throughout retirement, further study is needed to see if these individuals are maintaining those withdrawal rates over longer periods of time.  Moreover, the integration of IRA data with data from employment-based defined contribution retirement accounts currently underway as part of initiatives associated with EBRI’s Center for Research on Retirement Income (CRI) will allow for an even more comprehensive picture of what those who may have multiple types of retirement accounts do as they age through retirement.