Most people view automatic enrollment in a 401(k) as a good thing1 – but apparently it has a heretofore unappreciated “dark” side.

At least that was the focus of a headline in a recent Wall Street Journal article (subscription required) that asked (and answered) the provocative question: “401(k) or ATM? Automated Retirement Savings Prove Easy to Pluck Prematurely.”

That is at least how the Journal chose to position its coverage of a study based on a single firm’s experience with automatic enrollment. That study, according to the Journal, serves to “answer a question that has long concerned employers that put workers into 401(k) plans and give them the option to drop out, rather than requiring them to sign up on their own: Will auto-enrolled workers treat their 401(k)s like automated-teller machines?”

Now, I’ve heard a lot of questions over the years from plan sponsors about automatic enrollment – but never that one.

Regardless, the Journal says that the study provides an affirmative response to the question – but (and you can almost hear the disappointed sigh) “…not to the extent that the workers spend all their gains from auto-enrollment.” Nor is it the first time that the Journal has taken aim at automatic enrollment.2

Now the researchers themselves – John Beshears, David Laibson and Bridget Madrian of Harvard, and James Choi of Yale – have solid retirement plan researcher “cred.” And, comparing employees hired in the 12 months after the introduction of automatic enrollment to those hired in the 12 months prior, they find that automatic enrollment increases total potential retirement system balances by 7% of starting pay eight years after hire.

On the other hand, they also find that leakage “in the form of outstanding loans and withdrawals that are not rolled over into another qualified savings plan” (more on that in a minute) also increase – by 3% of starting pay, which they say offsets approximately 40% of the potential increase in savings from automatic enrollment. Of course, even then, they acknowledge that the “net effect is that automatic enrollment increases retirement system balances by 4-5% of first year pay eight years after hire.”

Here’s the thing: This is the experience at a single firm. Granted, it’s described as a large (approximately 7,500-participant), Fortune 500 financial services firm – but it’s one that the researchers concede has high turnover. It’s also, based on the salary information provided, one with relatively modest income workers. And automatic enrollment did “work” – transforming the plan’s participation rate from 62% to 98%.

So, this employer adopts automatic enrollment in a plan of modest income workers – creating more, albeit arguably smaller account balances – for a workforce that has high turnover – and since they have smaller balances, more likely to be below the cashout thresholds, and thus resulting in a higher number of termination payout “leakage.”

The Journal tries to craft a picture that automatically enrolled participants are more likely to cash out than other participants – and arguably they may well be less committed to the savings proposition. In fact, the study found (and the Journal article notes) that more than half of the auto-enrolled participants – 59% – cashed out their savings (largely driven by terminations), while among those who signed up for the plan on their own, the figure was 43%.

But was it automatic enrollment – or the smaller balances that resulted from a 3% default contribution rate at termination – that produced that result? I think we can all sense what the answer is – but the researchers note that a greater proportion of the automatically enrolled workers had balances below the $1,000 cashout threshold. Lest we need any further affirmation, even then, the researchers note that those net results “mask substantial differences across those who remain employed at the firm versus those who separate” – with the former seeing relatively little impact from leakage.

And while the researchers don’t make much distinction in the impact of different types of leakage, the nonpartisan Employee Benefit Research Institute (EBRI) has previously considered the issue, and found that cashouts at job change were found to have a much more serious impact on 401(k) accumulation than either plan loan defaults or hardship withdrawals (even with the impact of a six-month suspension of contributions included). How much more? Well, cashouts at termination were approximately two-thirds of the leakage impact.

Even the best researchers are limited by the amount and quality of the data. While they are careful to outline those factors in the study, the coverage of such things tends to gloss over the details that might impact the broad-based applicability of the results – things like the fact that these results are from a single employer, with high turnover and modest-incomes, a combination that may well mean that the amount – and impact – of the leakage is exacerbated.

Ultimately, the point of the study might well be a call to make it easier for individuals with smaller balances to leave their employer without cashing out their savings.

That’s hardly the fault of a plan design that helped a third more workers who weren’t saving do better. But it seems that if there’s the slightest possibility of a potential downside, the negative coverage is… automatic.

Delegates to last week’s NAPA DC Fly-In Forum had a lot to learn and say about a wide array of topics – but multiple employer plans (MEPs) dominated the discussion.

The reason, as has been noted in previous coverage on NAPA Net, is the Small Business Employees Retirement Enhancement Act, introduced earlier this month by Sen. Tom Cotton (R-AR), which includes provisions regarding so-called “open” MEPs, a type of employee benefit plan that can be maintained as a single plan in which two or more unrelated employers participate. This is a concept that has received bipartisan support on Capitol Hill, and of which the American Retirement Association has been largely supportive, viewing it as a device that could broaden coverage by encouraging employers to offer a plan. 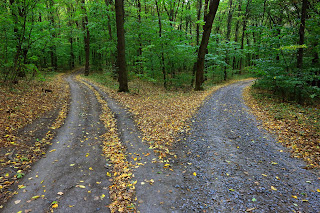 However, under this bill, employers that have 100 or fewer employees who earned at least $5,000 during the preceding year and that participate in a pooled employer plan (PEP) registered with the Labor Department (though exactly what, if any, validation would occur as part of this registration is currently unclear) would not be considered a fiduciary to that plan – including with respect to the selection and monitoring of any plan service provider or any investment under the plan.

That’s right – for the first time since the passage of ERISA in 1974, the employer – in what remains an employment-based retirement system – would basically have no fiduciary role.

The proponents of this approach apparently think this level of involvement is a barrier to small employer adoption of these plans. There’s just one problem; that doesn’t seem to be the case when you actually survey employers who aren’t offering a plan as to why that’s the case.

These trends have been pretty consistent over time. As far back as 2003 in the Small Employer Retirement Survey published by the nonpartisan Employee Benefit Research Institute, employers cited uncertain revenue (27%) as a top reason, costs of setting up/running a plan (16%), employees not interested (12%), and a concern that too much of the plan’s benefit would go to short-term workers (also 12%). Where did fiduciary concerns rank? Once again, they weren’t even on the list.

One place where fiduciary concerns were mentioned was a 2015 survey by the Transamerica Center for Retirement Studies. However, that survey found that concerns about fiduciary liability was cited by just 13% of employers – the very last item on their list of reasons (except for “other”). It was dwarfed by reasons like company is not large enough (58%), cost concerns (50%), employees not interested (32%), company/management not interested (27%), and concerned about administrative complexity (19%).

The good news is that when you look through those survey results to the things that are actually holding employers back, there are things that an open MEP could help solve, issues like cost and administrative complexity.

What Could Go Wrong?

Indeed, those who fail to appreciate the importance of employer involvement would be well advised to recall the case of Matt Hutcheson, who, after years of lecturing the industry on the importance of fiduciary standards, was sentenced to 17 years in prison by a federal judge in Boise, ID on 17 counts of a wire fraud scheme to steal $5 million of pension funds he oversaw to enrich himself and his family as well as buy a cash-strapped resort. An estimated 250 people lost money as part Hutcheson’s misconduct, with one person losing $950,000.

See, it wasn’t a regulator that detected Hutcheson’s criminal acts, and it sure wasn’t the MEP he was running – it was a plan sponsor.

Doubtless, those looking to insulate the plan sponsor from fiduciary liability are focused on removing what they think – or have been told – is a barrier to plan adoption, and thus see the elimination of that role as a step on the path to increasing retirement plan coverage. Doubtless there are MEP providers willing to assume the “transfer” of that responsibility.

The result, however, is more likely akin to removing a barrier between a fox and the henhouse.

Note: A 2012 GAO report notes that the Labor Department has said the potential for inadequate employer oversight of the MEP is greater because employers have passed along so much responsibility to the entity controlling the MEP, and that potential abuses might include layering of fees, misuse of the assets, or falsification of benefit statements. One pension expert also observed that small businesses do not extensively research retirement plans or actively seek them out. As a consequence, marketing may be the biggest determinant of MEP growth.
Posted by Nevin E. Adams, JD at 4:30 AM No comments: