I made the switch to Roth for my retirement savings years ago – and I have long counseled younger workers, who were likely paying the lowest tax rates of their working lives, to do so as well.

Pre-tax treatment has, of course, been the norm in 401(k) plans since their introduction in the early 1980s. On the other hand, the Roth 401(k) wasn’t introduced until the Economic Growth and Tax Relief Reconciliation Act of 2001, and even in that legislation wasn’t slated to become effective until 2006 (and at that time was still slated to sunset in 2010).

Despite that late start, according to a variety of industry surveys (Plan Sponsor Council of America, Vanguard, PLANSPONSOR), roughly 60% of 401(k) plans now offer a Roth 401(k) option, and PSCA data shows that 28.6% of 403(b) plans already allow for Roth contributions. Participant take-up, which just a few years ago hovered in the single digits, is now in the 15-20% range.

Here are five other things you may not know about the Roth 401(k): 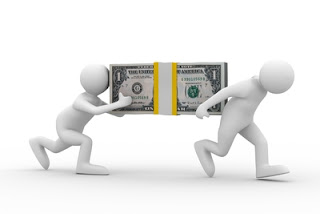 Retirement plan education has long had as a basic tenet that individuals will be paying lower tax rates in their retirement future. Of course, tax rates – and future income levels – are hard to predict. Both can rise more than anticipated in the future – and a Roth option can provide some essential flexibility to diversify tax treatment, as well as investments.

For more information, see Retirement Plans FAQs on Designated Roth Accounts from the IRS.
Posted by Nevin E. Adams, JD at 6:00 AM No comments:

It was a big year in my life. I got married, hit one of those birthdays with a zero in it, watched my-then hometown Chicago Bears dominate Super Bowl XX, and picked up and moved my new bride (and our menagerie) several hundred miles south to take on a new job heading up a recordkeeping operation.

Before the end of that year, that recordkeeping operation (and, thanks to a recent bank acquisition, the seven different platforms it was running on) would be struggling to understand, implement and communicate a wide array of sweeping changes associated with the Tax Reform Act of 1986. Even though it came during a period when tax code changes (ERTA, TEFRA, DEFRA, REA), were being thrown at us about every 18 months, on average, it’s still difficult to absorb the scope and breadth of the work it took to implement the changes that came with TRA 86.

For all the work that had to go into complying with the new regulatory regimen that came with TRA 86, its real impact would come in the years that followed, via the newly established 402(g) limit (back then we simply called it the $7,000 limit), not to mention the multiple iterations of the nondiscrimination testing that often produced problematic refunds for the highly compensated group. There’s little question that those changes (and others) did what they were designed to do – generate additional tax revenue in the here-and-now by limiting the deferral of taxes.

Yes, the talk is all about tax reform, but the motivation is generally tax cuts, and with a $20 trillion debt, Uncle Sam will need to find some way to offset the projected loss in revenue – and that’s where the tax incentives to establish, fund and contribute to a workplace retirement plan inevitably find themselves in the budgetary crosshairs. 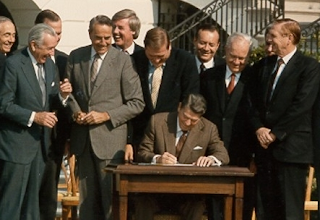 While those paying attention to such things realize that most of those tax preferences are temporary – that is, taxes will be paid on those employer, pre-tax contributions and the earnings thereon when they are withdrawn – the government beancounters look at revenues and expenditures within a 10-year window, and since the payment of most retirement benefits occurs outside that window, the amount of taxes postponed looks, from a budgetary standpoint, to be taxes permanently foregone. And, on that basis, even though the retirement preferences are completely different from other tax deductions, from a budgetary scoring standpoint, it’s a big, juicy target.

We saw what that might mean as recently as 2014 when then-Chairman of the House Ways and Means Committee Rep. Dave Camp (R-Mich.) put forth a proposal that would pay for tax reform (or at least some of it) by freezing the COLA limits that apply to defined contribution plans for a decade and limiting the annual ceilings on elective deferrals so that only half could be made on pre-tax basis (weirdly, this would have applied only to employers with more than 100 workers). The first part of the proposal was deemed to raise $63.4 billion in revenue over 10 years, the latter an additional $144 billion, by basically forcing workers who would otherwise have taken advantage of pre-tax savings to pay taxes on those contributions upfront. And let’s not forget that those burdens would have fallen particularly harshly on those who decide to offer these plans in the first place and to match employee contributions.

For those of us who remember 1986 – or perhaps the years in between that and EGTRRA – the references to TRA 86 as a model for Tax Reform 2017 are a bit chilling. Because when it comes to winners and losers in tax reform – and make no mistake, tax reform is all about winners and losers – more often than not, retirement comes out on the short end. And every time it does, it feels more than a little bit like having to bail out your brother-in-law with a loan from your 401(k) – again.

For months now we’ve been talking about tax reform, and the potential implications for retirement policy. It was a focus at this year’s NAPA 401(k) Summit, and it will be front-and-center at this year’s NAPA DC Fly-In Forum. The reason is obvious: If you’re going to lower tax rates and be revenue neutral, the money to offset those tax reductions has to come from somewhere. And traditionally, the tax preferences that foster the growth and expansion of retirement plans and retirement savings have been a “go to” source, perhaps never more so than a generation ago with TRA 86.

The road ahead could be rocky, particularly as it comes in the wake of the application of the Labor Department’s fiduciary regulation, whether delayed or not, and perhaps modified. It’s said that being forewarned is being forearmed, and we’ve certainly worked to do that over the last several months.
If you are not already, you’ll want to stay connected on these issues in the weeks ahead.

Get informed. Get involved. Before it’s too late.

By any measure, the just-concluded NAPA 401(k) Summit was an incredible, record-breaking success – with so much good content and networking that it was hard to choose between sessions. For those who weren’t able to be there – or who were unable to be everywhere at once – here are some random thoughts, insights and perspectives from that event.

Health savings accounts could wind up being a big deal.

One man’s loophole is another man’s incredibly important tax preference.

The most important thing is not what happened, it’s what’s going to happen. 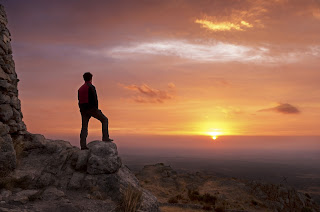 In tax reform, everything is about trade-offs.

84% of Millennials surveyed want their investments to make the world better.

Retirement plans are about 1/50th of what a plan sponsor does.

Fees are still a major factor in landing a new client.

Most people want to do the right thing, but they don’t know how to do it.

When the market goes down, lawsuits go up.

After 66, Social Security retirement benefits grow by 8% per year.

All PEPs are MEPs but not all MEPs are PEPs.

What do you have “in your head” that’s not on your website?

In 1835 the normal retirement age was… death.

The DOL’s been very clear that “QDIA protection evaporates” under certain circumstances.

President Trump is like a tech stock – he could fly high, or he could be a train wreck.

For a plan committee, especially when it comes to investment changes, doing nothing is often best.

For prospects, at the end of the day, client references are the ultimate value message.

Repeatability is an important key to building a practice.

So, how are you going to top this?

We heard the latter a number of times during the course of the 2017 NAPA 401(k) Summit – which admittedly set a whole new standard for what has become the nation’s retirement plan advisor convention. But we also heard that after the 2016 NAPA 401(k) Summit, and I think we managed to do so. Thanks again to our sponsors, our presenters and facilitators, and most particularly those who supported the event with your attendance and participation – who were all part of a remarkable experience!

If you were there, tell a friend. And whether you were there or not, make plans now to attend the 2018 NAPA 401(k) Summit – and see how we’ll top this year’s!