Last week Beloit College released the Beloit College Mindset List, as it has each August since 1998. Originally created as a reminder to faculty to be aware of dated references, the list provides a “look at the cultural touchstones that shape the lives of students entering college.”

For example, this year’s freshman class, born in 1994, have never known a time when history didn’t have its own channel, when there were tan M&Ms (or when there weren’t blue ones), or when “It’s A Wonderful Life” was shown more than twice during the holidays. They grew up talking about “who shot Mr. Burns?” not “Who Shot J.R.?” and while for them there’s always been an NFL franchise in Jacksonville, they’ve never known one in Los Angeles. That floppy disk icon for “save” in the word processing document is as anachronistic to them as the “CC” reference to “carbon copy” likely was to their parents’ email. And, perhaps most significantly, they have never lived in a world without the World Wide Web.¹ 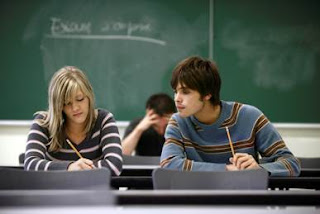 Despite those differences, the class of 2016 will one day soon be faced with the same challenges of preparing for retirement as the rest of us. They’ll have to work through how much to save, how to invest those savings, what role Social Security will play, and—eventually—how and how fast to draw down those savings.

Those fortunate enough to have access to a work place retirement savings plan at least stand to have some advantages their parents didn’t. They’ll have a better shot at joining those programs immediately, rather than waiting a year, as was once the norm. There’s a growing chance that they will be enrolled in those plans automatically,¹and with the option to increase that initial contribution automatically as well. The expanding availability of qualified default investment alternatives, like target-date funds, should make their investment choices easier and better diversified, and some will likely benefit from the counsel of a growing number of expert advisors. As for help in figuring out how best to draw down those savings in retirement, more choices and alternatives come to market every year.

However, they also have another big advantage (and one that helps make all those other advantages all the better): They’ll have the advantage of time, a full career to save and build, to save at better rates, to invest more efficiently and effectively.

It’s more than just a shift in mindset—and it could give retirement saving a whole new perspective.

¹ The full 2016 Mindset List (and links to prior years’ lists) is online here.

I was recently asked about the so-called 4 percent “rule.” That’s the rule of thumb(1) that many financial consultants rely on as a formula for how much money can be withdrawn from retirement savings every year (generally adjusted for inflation) without running out of money. Of course, like so many of the “assumptions” about retirement, certainly in the aftermath of the 2008 financial crisis, that withdrawal rule of thumb has drawn additional scrutiny.(2) 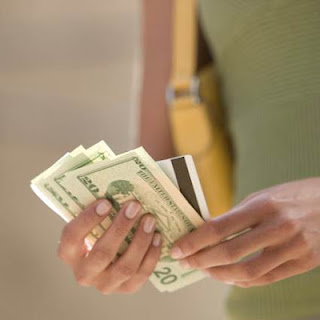 At the time, my comment was that the 4 percent guideline is just that—a guideline. What’s not as clear is whether adhering to that guideline produces an income stream in retirement that will be enough to live on.

How much are people actually withdrawing from their retirement accounts? At a recent EBRI policy forum,(3) Craig Copeland, senior research associate at the Employee Benefit Research Institute, explained that the median IRA individual withdrawal rates amounted to 5.5 percent of the account balance in 2010, though he noted that those 71 or older (when required minimum distributions kick in) were much more likely to be withdrawing at a rate of 3–5 percent (in 2008, that group’s median withdrawal rate was 7.2 percent, but in 2010, it was 5.2 percent), based on the activity among the 14.85 million accounts and $1 trillion in assets contained in the EBRI IRA Database.(4) Will these drawdown rates create a problem down the road? Will these individual run short of funds in retirement?

At its core, once you stipulate certain assumptions about the length of retirement, portfolio mix/returns, and inflation, a guideline like the 4 percent “rule” is really just a mathematical exercise.

However, trying to live on the resources you actually have available in retirement is reality—and those post-retirement withdrawal decisions are generally easier to make when you’ve made good decisions pre-retirement.

(1) Certified financial planner William P. Bengen is frequently credited with the concept, based on his article “Determining Withdrawal Rates Using Historical Data,” published in the October 1994 issue of the Journal of Financial Planning.

(4) The results come from 2010 data in the EBRI IRA Database,TM which had 14.85 million accounts, held by 11.1 million individuals, with $1 trillion in assets—roughly one-fifth of both owners and assets in the IRA universe.
Posted by Nevin E. Adams, JD at 9:02 PM No comments:

Everybody Into the Pool?

As a teenager, I remember the occasional visits to the local swimming pool. I also remember that about once an hour, the lifeguards on duty would periodically clear the pool, ostensibly to clean out debris, to enforce a certain rest break on the swimmers (and doubtless for the lifeguards), and perhaps to assure that all the swimmers were still able to get out of the pool. Then, after what seemed to my teenage senses like an eternity, the lifeguards would blow a whistle—the “all-clear” signal for everyone to jump back in the pool. They were very strict about this—and kids were routinely banned for an hour, or even the rest of the day for jumping in “early.” As a result, even after the whistle, most of us would hesitate and look around to make sure that we weren’t the only ones going in. 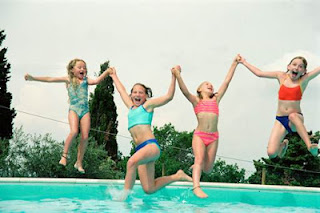 With the Supreme Court’s recent decision on the constitutionality of the Patient Protection and Affordable Care Act (PPACA) behind us, industry surveys suggest that employers are turning to the issue of the next phase of implementation. Moreover, the combination of insurance market reforms and the embodiment of the exchange structure in the PPACA have brought a renewed focus on limiting employer’s health care cost exposure, much as changes in funding requirements and accounting treatment led many to reconsider their approach to retirement benefits.

A recent EBRI Issue Brief¹ notes that it was only about a decade ago that defined contribution (DC) health plans, arrangements that shift choice of health insurance from employers to employees, were the focus of much attention. As far back as the late 1990s, more than 62 percent of health care leaders predicted that employers would move to DC health plans by 2010.

That trend never fully emerged, of course—employers were hesitant to drop group coverage in favor of offering individual policies, some were likely concerned that many employees would not be able to secure coverage in the individual market, some others drawn to the tax advantages. Many viewed the benefit as an important tool in attracting and retaining a strong work force, and surveys, including EBRI’s Health Confidence Survey (HCS), suggest that workers do, in fact, appreciate the offerings.

EBRI’s Paul Fronstin notes that the combination of insurance market reforms and the embodiment of the exchange structure² in PPACA have brought a renewed focus on limiting the employer’s health care cost exposure by providing a fixed-dollar contribution that workers could use to purchase individual policies. He notes that the vehicle that some are interested in using for providing coverage is a private health insurance exchange, through which employers might be better able to accelerate the drive toward a more mass consumer-driven insurance market—and in the process gain more control over their health care contribution costs, while shifting to employees the authority to control the terms (and to some extent, the costs) of their own health insurance.

This should sound familiar to those who have watched similar motivations lead to the shift in retirement plan emphasis from pension plans to defined contribution/401(k) retirement benefits. The question is, will the combination of factors provide employers with the “all clear” sign to undertake changes they have, thus far, been hesitant to take?

And if that all clear sign is given, will employers all jump in at once?

¹ In addition to a historical perspective, the July 2012 Issue Brief examines the issues related to private health insurance exchanges, the possible structure of an exchange and how it can be funded, as well as the pros, cons, and uncertainties to employers of adopting a private exchange. MORE.

² Fronstin notes that private exchanges are already in development partly because of the uncertainty related to the status of state-based exchanges. Development of several of these were postponed, pending resolution of the PPACA’s constitutional challenge. Several Republican governors have said they will refuse to establish state-based exchanges, leaving them to the federal government to run. As recently as March 2012, the majority of states had still not taken the necessary steps to establish an exchange.
Posted by Nevin E. Adams, JD at 8:45 PM No comments:

An acquaintance of mine recently described to me the challenges of trying to help a family member rebalance their retirement portfolio, which at the moment was split between a 401(k), 403(b), and an IRA.

Curious, I asked him how the funds in the IRA were invested. He laughed and said, “Which one?”

The data suggest that my friend’s family member isn’t alone in that regard; the average IRA balance is about a third higher and the median (mid-point) balance almost 42 percent larger when multiple individual retirement accounts (IRAs) owned by an individual are taken into account, according to a recent Employee Benefit Research Institute (EBRI) analysis based on its unique EBRI IRA Database.™1 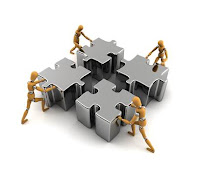 Individual retirement accounts (IRAs) are a vital component of U.S. retirement savings, holding more than 25 percent of all retirement assets in the nation. Moreover, a substantial portion of these IRA assets originated in other tax-qualified retirement plans, such as defined benefit plans (pensions) and 401(k) plans, and were moved to IRAs through rollovers from those plans.

Keeping up with, and managing, retirement savings accounts remains both a challenge and an opportunity for individuals, all the more so when those savings are held in multiple accounts and locations. Similarly, an understanding and appreciation of the complete picture offers the best perspective for crafting effective retirement savings policies.

Sometimes you can’t see the forest for the trees – but, as the data suggest, it’s important to remember that the “forest” is the sum of all the trees.

1The EBRI IRA Database™ is an ongoing project that collects data from IRA plan administrators. For year-end 2010, it contains information on 14.85 million accounts for 11.1 million unique individuals with total assets of $1.002 trillion. A unique aspect of the EBRI IRA Database™ is the ability to link the balances of individuals with more than one account in the database, providing a more complete picture of their IRA-based retirement savings. For more information, see Individual Retirement Account Balances, Contributions, and Rollovers, 2010: The EBRI IRA Database TM here.