My schedule – and aversion to crowds – means that I rarely see a new movie the first weekend it comes out (a rare exception – Avengers: Infinity War this weekend).

While this means that there are times when I’m the only one in the office the following Monday who hasn’t seen the latest blockbuster (and thus can’t offer an opinion), more often than not, it’s also spared me the time, money (and potential aggravation) of rushing out to see a movie that is more likely to be up for a “Razzie” than an Oscar.

However, I’ve also found myself in situations where the hype surrounding a new blockbuster is so compelling that it builds up my expectations beyond the reality – leaving me… underwhelmed. 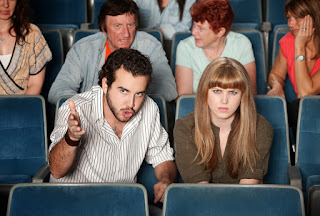 Doubtless that was the sense of many in reading the Best Interest Regulation proposal published by the Securities and Exchange Commission last week. Those who had hoped that a uniform fiduciary standard might emerge were surely disappointed, as were those who might have anticipated that the SEC’s proposal might step up and fill a gap potentially created if the 5th Circuit’s ruling was unchallenged. There is, of course, an irony in a Regulation Best Interest that doesn’t define “best interest,” and understandable concerns that a standard that leans so heavily on “reasonable” tests is portrayed as an objective standard.

On the other hand, all will surely find comfort in the acknowledgement that “cheapest” isn’t deemed equivalent with “best,” and some will certainly be reassured by the “principles-based” emphasis, not to mention the acknowledgement of the Labor Department’s fiduciary rule and Best Interest Contract Exemption (BICE) and the latter’s stated objectives as consistent with Regulation Best Interest, even if the latter doesn’t create fiduciary status.

Odds are, if you liked the Labor Department’s fiduciary rule and its structures, you won’t be satisfied with the SEC’s take. On the other hand, if you thought the DOL went too far, the SEC’s proposal might well be more in line with your expectations. And yet, the lingering uncertainty as to the when – or if – of the SEC’s response – and the (at last until lately, relative) certainty of the Labor Department’s approach has led many firms to institute processes and procedures suited for the latter, not the possibility of the former.

Arguably, the vast majority of advisors committed to serving workplace retirement plans were well along the path of satisfying ERISA’s compensation strictures, and the Best Interest Contract Exemption (BICE) – with all its shortcomings – provided a means for the rest to work their way there. What many found most confounding about the Labor Department’s fiduciary rule was its extension of oversight to IRAs, notably the enormous IRA rollover market – and, in that regard at least, the SEC proposal seems to be reasserting its authority. Will that be an area of “compromise” between the agencies? Time will tell.

Ultimately, the current SEC proposal – and bear in mind, this is really just a starting point – is bound to disappoint more than it pleases, if only because it introduces an element of uncertainty at a particularly critical time. Many, having waited nearly a decade for the proposal to emerge, doubtless hoped it would be more proscriptive in scope and/or detail. Indeed the industry commentary thus far seems to be a sense that it feels half-finished, rushed to press, perhaps even opportunistic in its timing, what with the ink on the 5th Circuit’s decision still damp. Let’s face it, even the SEC commissioners who supported its publication did so with cautioning commentary, if not outright reluctance.

That said, having waded through the 1,000-plus pages twice and half again, one can’t be help but be struck by the amount of space in those 1,100 pages dedicated to questions from the proposal’s authors – questions that merit consideration and thoughtful response.

The work may be unfinished, it may be unsatisfying in scope or clarity, but we now have a window (albeit a short one) – and an invitation – to comment, inform, and yes, perhaps even remedy those shortfalls.

Much remains unsettled – and, as yet, largely unadjudicated – in the large, and growing series of excessive fee litigation directed at university 403(b) plans. However, certain trends in the litigation have emerged – some very different than 401(k)s, others not. Here’s what to look (out) for.

By my reckoning, here are the grounds upon which the university 403(b) plans that have been sued thus far have in common.

They have more than one recordkeeper. 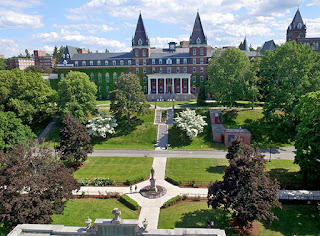 While not every university 403(b) plan against which a lawsuit has been filed employed the services of more than one recordkeeper, they all seem have done so at one point in their history.

Indeed, a couple of lawsuits filed against university plans that have consolidated to a single recordkeeper have pointed to the consolidation decision as proof that the plan fiduciaries knew that the multiple provider approach was inefficient and costly – and should have acted sooner.

They offer a “dizzying array” of funds (generally from each of the aforementioned recordkeepers).

In the 401(k) world, large fund menus have long been considered a nuisance, if not downright unproductive. We’ve even got a behavioral finance study involving jams to back up the sense that, given too many choices (whatever that may be – with jams, it’s apparently more than 6), people tend not to decide.

With university 403(b) plans – certainly the ones that have found themselves sued – the “norm” seems to be in excess of 100. And frequently they approach that number with each recordkeeping provider.

That said, at least one court presented with the issue has said “Having too many options does not hurt the Plans’ participants, but instead provides them opportunities to choose the investments that they prefer.” And a second one has just held that “plaintiffs have neither alleged that any participant experienced confusion nor stated a claim for relief.”

One of the reasons the fund menus, at least in total, seem to be so large is that each recordkeeping provider seems to put forth their own optimal menu of choices – and if you have more than one recordkeeper – well, you apparently wind up with “duplicates” in what the plaintiffs frequently claim are “in every major asset class and investment style.”

And in numerous of these cases, the only funds offered are the proprietary offerings of those recordkeepers.

Their recordkeeper choice “tethered” them to certain fund options.

Many, though not all, of the lawsuits involve plans that had TIAA-CREF as recordkeeper, and those all cite how the choice of TIAA-CREF as recordkeeper bound (“locked” and “tethered” are other terms employed to describe the arrangement) the plan to include certain (allegedly inferior) TIAA-CREF investment options on the menu, notably the CREF Stock Account and Real Estate Fund. Other issues unique to some TIAA-CREF investments are certain transfer restrictions, and some differences in their loan account processing.

There are, of course, elements that these programs share with their 401(k) brethren.

They use retail class mutual funds and/or active when passive would “do.”

Yes, not only are those fund options “duplicative,” they are often retail, rather than institutional class. Or actively managed when passive varieties were available. And thus more expensive, so the argument goes.

They pay for those (multiple) recordkeepers via asset-based, rather than per participant fees.

This wasn’t always an issue in excessive fee litigation, but in recent years – well, it’s become something of a regular “feature” of this type litigation – and it’s been part and parcel of the fabric or 403(b) university plan litigation.

The argument, of course, is that recordkeeping is about keeping up with individual records, and whether that individual account balance is $100 or $100,000, the cost of keeping up with the balance is the same. However, not content to argue with the method of calculation, these days the plaintiffs nearly always take the next step – and proffer what they consider to be a reasonable per-participant fee – on their way to alleging that the fees being charged – are not.

They are big plans.

Nearly all of the 401(k) excessive fee lawsuits filed since 2006 (when the St. Louis-based law firm of Schlichter, Bogard & Denton launched the first batch) have been against plans that had close to, or in most cases in excess of, $1 billion in assets. There’s no real mystery here. Willie Sutton robbed banks for the same reason.

And if you’re a class action litigator, that also happens to be where a large number of similarly situated individuals can be found; a.k.a. plaintiffs.

Less cynically, the plaintiffs generally charge that, despite the plan’s large (“jumbo”) size, rather than “leveraging the Plans’ substantial bargaining power to benefit participants and beneficiaries, Defendant caused the Plans to pay unreasonable and excessive fees for investment and administrative services.”

Note: It bears acknowledging that the reason that so many of these suits allege the same things is not only that the plans have similar structures and characteristics, but that many of the suits have been filed by the same firm (Schlichter Bogard & Denton) – or by firms that have taken pages (literally in some cases) from the suits filed by that firm.