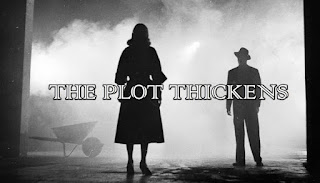 In recent weeks, I have been distressed to see a pair of reports by what are sometimes affectionately referred to as 401(k) “haters” — but that’s not what I find most troubling.

One, by the Economic Policy Institute, is innocuously titled, “The State of American Retirement,” but it might be more honestly subtitled, “How 401(k)s have failed most American workers.” The other is a formalized (and slightly updated) version of Teresa Ghilarducci’s Guaranteed Retirement Account (GRA) proposal titled, “A Comprehensive Plan to Confront the Retirement Crisis.” Both reports tread familiar, and misguided, ground.

Misguided and misleading as these kinds of reports are, they’re not new or even original. I’d almost be inclined to simply ignore them. That is, until I see headlines like, “The Plan That Could Render Your 401(k) Obsolete,” or “These Depressing Charts Show the Different Ways 401(k)s Fall Short,” reported with a straight face by the personal finance press. The latter, which just appeared in The Washington Post, leads off with the assertion, “We already know that the 401(k) has not been a great solution for improving Americans’ retirement security.” Oh, do we?

Here’s some data that (somehow) is overlooked by these reports: According to the nonpartisan Employee Benefit Research Institute (EBRI), in 2013, 82% of 401(k) participants (for whom this information was available) made less than $100,000 per year, and 51% of 401(k) participants made less than $50,000. Even more importantly, moderate income workers participate when they have the option: More than 70% of workers earning between $30,000 and $50,000 save in their 401(k). Oh, and the notion that “less than half of American workers have access to a retirement plan”? Well, the fact is that 8 out of 10 full-time workers are eligible for some kind of workplace retirement plan, the most common of which is a 401(k)-style plan. The 50% statistic cited repeatedly by academics and the media includes seasonal and part-time workers — granted, they have a retirement to worry about, but their issues in the here and now are economic, not a fault of ERISA or the 401(k), which have long had specific coverage thresholds.

It is, as a colleague of mine said recently, blaming the well for the drought.

The failure laid at the feet of 401(k)s — if a failure it is — is that people who don’t work, or who don’t work for employers who offer a retirement plan at work, are in worse shape than those who do. Now, I’m not saying that the 401(k) design works for everyone, and it most assuredly won’t work for those who don’t have access to its benefits. That said, 401(k)s are working for far more people and in far more varied circumstances than the fear-mongering headlines give them credit for. It’s one thing, after all, to acquiesce to what has become a journalistic “creed” — that “if it bleeds, it leads” – and something else again to wield the knife.

It’s past time to call out these reports — and the reporting on them — for what they really are: part of a long-standing and deliberately intentioned “plot” to kill the 401(k) — first by undermining its value, discounting and demeaning the modest tax deferrals that encourage American savers to put aside their natural preferences for spending, then discrediting as “rich” those who do take advantage of the option and make thoughtful preparations for retirement, and then, as advisors well know, disparaging those who work with retirement savers to make good long-term decisions.

It’s been said that, “A lie unchallenged becomes the truth.” If those of us who know better don’t start speaking up — and speaking out — you can bet that the drumbeat of coverage about the failure of the 401(k) will one day become a self-fulfilling prophecy. For some, that day has already arrived.

With increasing regularity, the financial services industry pumps out surveys that purport to capture America’s sense of confidence regarding its readiness for retirement, at least on a financial footing. Mostly, however, they seem to focus on the symptom, rather than dealing with the underlying cause(s).

However well-intentioned, these all seem designed to highlight a persistent strong undercurrent of concern — one that, certainly when juxtaposed against the generally disappointing preparation levels reported by respondents, seems completely warranted.

Confidence about retirement is one thing, of course, and preparation something else, though the two are logically intertwined. That said, for those looking to shore up confidence levels, data from the granddaddy of such surveys — the non-partisan Employee Benefit Research Institute’s (EBRI) Retirement Confidence Survey — provides a roadmap:

Work for an employer that offers a retirement plan. 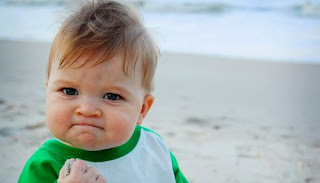 Furthermore, among those with a plan, the percentage of those who are very confident increased from 14% in 2013 to 28% in 2015. In contrast, the percentage of those who are very confident remained statistically unchanged among those without a plan (10% in 2013, 9% in 2014 and 12% in 2015).
Workers reporting that they or their spouses have money in a defined contribution plan or IRA or have a defined benefit plan from a current or previous employer were more than twice as likely as those without any of these plans to be very confident (24% with a plan vs. 9% without a plan in the 2014 RCS).

Figure out how much you’ll need.

The RCS has found that workers reporting that they or their spouses have a DC, DB or IRA plan are twice as likely as those who do not have such a plan (60% vs. 23%) to have tried to do a calculation to estimate what they will need to finance their retirement.

That said, as recently as the 2015 RCS, fewer than half (48%) of workers report they and/or their spouses have tried to calculate — even a single time — how much money they will need to have saved by the time they retire so that they can live comfortably in retirement, a level that has held relatively consistent over the past decade.

In other words, while many have (or had) a retirement plan, they don’t seem to have a plan for retirement.

Talk with an advisor.

Anecdotally, when you ask someone about their interest in engaging the services of an advisor, they are likely to tell you that they will wait until they need one — by which most seem to mean that, once they have accumulated enough savings to make it “worthwhile,” they’ll consider getting some help. What’s often overlooked is the role that a financial advisor — particularly one whose expense is covered by an employer plan — can play in helping make that account growth a reality.

On the other hand, nearly half (44.6%) of those who simply guessed were also somewhat confident or very confident.

It seems that, as noted above, the calculation/determination itself has a positive impact, though the kind predicated on real assessment clearly does more for confidence (and probably for the actual basis of that confidence as well).

One might expect that the financial realities of being in retirement might well shatter the fragile levels of confidence expressed ahead of crossing that threshold — and yet the RCS has consistently chronicled that retirement confidence is higher among those already in retirement than among those still working. In the 2015 RCS, 37% of retirees were very confident about having enough money to live comfortably throughout their retirement years (up from 28% in 2014 and 18% in 2013), and a third were somewhat confident.

This is despite a consistent finding that individuals are frequently forced to leave the workforce earlier than planned, and that they are less likely to work in retirement than pre-retirees anticipated (in the 2015 RCS, 67% of current workers plan to work for pay in retirement, compared with just 23% of retirees who report they have actually worked for pay in retirement. In the 2015 RCS, 37% of retirees were very confident about their prospects, up from 27% in 2014 and 18% as recently as 2013.

However, as one might expect, workers who are not confident about their financial security in retirement plan to retire later, on average, than those who express confidence.

Retirement confidence, like confidence generally, is a state of mind, and one not always grounded in an accurate assessment of reality. As noted above, the mere act of guessing about retirement needs seems to be enough to provide a boost in confidence, certainly in the short run.

Regardless, it’s hard to deny that the best, most secure, means of assuring retirement confidence is establishing a solid foundation for that belief by:
Because ultimately, of course, what really matters is not how confident you feel, but whether you have a reason to feel confident.