One of the most important – and, in my experience, least understood – aspects of plan administration is the requirement that those who handle plan funds and other property be covered by a fidelity bond.

While ERISA requires the bond to protect the plan from losses resulting from acts of fraud or dishonesty, fiduciaries often confuse that coverage with insurance that is designed to protect them from liability.

Here are five things you (or your client) may not know about ERISA fidelity bonding – and that, as a result, they may be getting wrong. 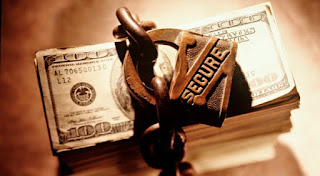 An ERISA fidelity bond is not the same thing as fiduciary liability insurance.

The fidelity bond required under ERISA specifically insures a plan against losses due to fraud or dishonesty (e.g., theft) by persons who handle plan funds or property. Fiduciary liability insurance, on the other hand, insures fiduciaries, and in some cases the plan, against losses caused by breaches of fiduciary responsibilities.

Although many plan fiduciaries may be covered by fiduciary liability insurance, it is not required and does not satisfy the fidelity bonding required by ERISA.

You can’t get an ERISA bond from just anybody.

Bonds must be obtained from a surety or reinsurer that is named on the Department of the Treasury’s Listing of Approved Sureties, Department Circular 570. Under certain conditions, bonds may also be obtained from underwriters at Lloyds of London. Neither the plan nor any interested party may have any control or significant financial interest, either directly or indirectly, in the surety or reinsurer, or in an agent or broker, through which the bond is obtained.

Not every fiduciary needs to be bonded.

Most fiduciaries have roles and responsibilities that involve handling plan funds or other property, and generally will need to be covered by a fidelity bond (unless they satisfy one of the exemptions in ERISA or the DOL’s regulations. However, technically an ERISA fidelity bond would not be required for a fiduciary who does not handle funds or other property of an employee benefit plan.

The plan can pay for the bond out of plan assets.

The purpose of ERISA’s bonding requirements is to protect the plan, and those bonds do not protect the person handling plan funds or other property or relieve them from their obligations to the plan, so the plan’s purchase of the bond is allowed.

You can purchase a fidelity bond for more than the legally required amount.

However, note that whether a plan should spend plan assets to purchase a bond in an amount greater than that required by ERISA is a fiduciary decision.

You can find out more about this topic here.