Preparing for the Storm

If you live (or were travelling to) the upper east coast of the U.S. this week, odds are you spent some time making preparations for what looked to be (and by the time you read this likely is) a big winter storm.

We don’t always get that much time to prepare, of course – and sometimes when we do, those big storms don’t turn out to be very big after all. But you can generally count on lots of frenzied weather forecasters predicting snow-mageddon (even if they do offer some caveats), and at least one shot of the inside of a local grocery showing empty bread and milk aisles. Because, after all, who could go 48 hours without bread and milk?

Life is full of surprises – and though most of those are unaccompanied by a friendly meteorologist to help us anticipate them, one might well wonder why we let them “sneak” up on us without making better preparations. 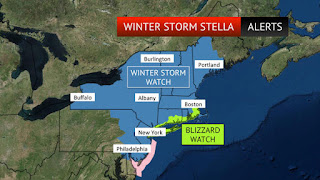 Perhaps the most obvious is the topic of retirement preparation. Any day now the queen mother of retirement confidence assessments – the Employee Benefit Research Institute’s Retirement Confidence Survey (RCS) – will likely, as it has for more than a quarter-century now, tell us that Americans are, writ large, uncomfortable, uncertain, and unprepared for retirement. Nor is this some external assessment based on an objective evaluation of retirement preparations and needs. Rather, this survey, as are most of the industry survey progeny it has since inspired, is a self-reflection by survey respondents. Respondents including some who do not save, and others who do not save “enough,” and many, probably most, who haven’t even tried to guess at how much “enough” might be. Most will likely be concerned about their prospects for a financially secure retirement – but apparently not concerned enough to do very much about it.

Indeed, if history is a fair guide, I think it’s fair to say that the media coverage will likely rival that of an impending environmental apocalypse. Despite the researchers best efforts to provide some perspective on the findings, you can almost certainly count on an obsession as to how many haven’t yet accumulated $1,000 in savings – albeit without regard to their age, their income, or whether they have the encouragement and incentives of a retirement plan at work. If the report finds a drop in confidence, it will almost certainly be cited as a lack of confidence in a system that isn’t working. If, on the other hand, the report finds a surge in confidence – well, then you can expect reports that talk about how unfounded the confidence is.

As complicated as weather forecasting can be, it pales in comparison to trying to figure out what the financial “weather” for the next 30 years is going to be. Little wonder that those already in retirement tend to be more confident than those with decades of preparation still ahead. Still, what all too often gets lost in our criticisms of the current system is just how well it works.

Perhaps only three-of-four eligible to participate in such programs choose to do so, but on an employer-by-employer basis, participation rates north of 90% are not impossible to find – and that’s before the adoption of mechanisms like automatic enrollment, where those kinds of rates are common. Target-date funds have, in incredibly short order, gained the favor of plan sponsors and participants alike – with as yet incalculable benefits for those retirement investments. Those, and a whole new generation of retirement income alternatives are coming to market – alternatives that, unlike the prior generation, will benefit from the scrutiny of plan fiduciaries trying to make sure that a lifetime of accumulation isn’t decimated in a single moment. These innovations have come to light, and to market, because of the employer-sponsored system. By comparison, what kinds of innovations have been brought to those disciplined enough to set aside money in a retail IRA?

In the real world, a lucky few know how to save and invest properly; somewhat more have access to the counsel and advice of a trusted adviser. But for most of us, the workplace retirement program is our first and only “investment” account. It is the one place where even those with relatively small balances can have access to professional advice, alongside the opportunity to gain the purchasing power of a group.

None of which would be possible without the involvement of their employer, the funding of that company match, and the tax incentives that underpin a structure that gets workers of modest means to do what never seems to come naturally to human beings – to prepare for the storm before it’s upon us.

For those of you in the path of this storm, stay safe – and I look forward to seeing hundreds of you in Las Vegas at the 16th Annual NAPA 401(k) Summit!

this post originally appeared here.
Posted by Nevin E. Adams, JD at 6:00 AM No comments: