When we moved into our last home―an old house, and one in which the prior family had lived for quite some time―we found a set of markings on a doorframe.  Markings that appeared to indicate the height―and growth patterns over time―of the children of the former owners.  We took note of this at the time, but those markings didn’t last long after we moved in.  After all, while our kids were still growing, and they were now going to live in the same house, there was little point in assessing their progress against that of the former residents.

We’ve noted before the shortcomings of metrics such as an “average” 401(k) balance (see “Above” Average, online here ), which generally aggregate the balances of participants in widely different circumstances of age and tenure―everything from those just entering the workforce who have relatively negligible 401(k) balances with those who may have been saving for decades.  While these averages can, over time, provide a sense of the general direction in which things are moving, they’re not generally a very accurate barometer when it comes to assessing actual retirement accumulations. That’s one reason why the annual updates of the EBRI/ICI 401(k) database also report average balances by age and tenure.

That said, people change jobs, employers change 401(k) providers, and so, even in a repository as comprehensive and long-standing as the 24-million-participant EBRI/ICI 401(k) database, those “averages,” of necessity, include the experience of different individuals over time.  In order to accurately assess the impact of participation in 401(k) plans over time, and to understand how 401(k) plan participants have fared over an extended period, it is important to analyze a group of consistent participants―a longitudinal sample.

On October 16, more than a hundred professionals gathered at the Fall 2013 ASEC Partners’ Meeting to discuss the obstacles to, and possible solutions for, retirement savings.  National Save for Retirement Week is upon us, and America Saves Week will be here before we know it.

So too, retirement – which seems far away to many, and IS far away for some – often seems to be a far off goal, something that can wait for another day, a more “convenient” time, when we have more free time, and perhaps fewer financial demands.

Indeed, it’s easy, in the normal press of life, to put off thinking about retirement, much less thinking about saving for a period of life many can hardly imagine. We all know we should do it—but some figure that it will take more time and energy than they can afford just now, some assume the process will provide a depressing, perhaps even insurmountable target, and others  - well many don’t even know how to get started. 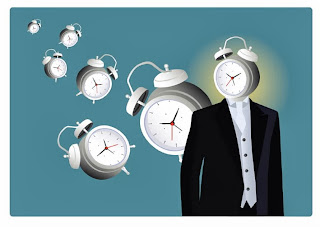 Here are six reasons why you—or those you care about—should save – and specifically save for retirement – now:

Because you don’t want to work forever.

No matter how much you love your job – or love your job today – that might not always be the case, and you might want the flexibility to make a change on your terms; if not to retire, to cut back on your hours, or maybe even to pursue other interests.  The sooner you’ve made those financial preparations, the sooner that decision can be your choice, rather than one forced upon you.

Because living in retirement isn’t free – and it might cost more than you think.

Many people assume that expenses will go down in retirement, and for some they may.  On the other hand, retirement often brings with it changes in how we spend, and on what – and that’s not necessarily less.  For example, research by the Employee Benefit Research Institute (EBRI) has found that health-related expenses are the second-largest component in the budget of older Americans, and a component that steadily increases with age.  Note also that long-term care (LTC) insurance is a growing area of concern for retirees and, according to government estimates, 12 million older Americans will need LTC by 2020. However, in most cases LTC is not covered by Medicare, and this care is expensive and can be indefinitely long or even permanent.

Because you may not be able to work as long as you think.

The Retirement Confidence Survey (RCS) has, over its 23 year history, consistently found that a large percentage of retirees leave the work force earlier than planned—47 percent in the 2013 RCS, in fact—and many retirees who retired earlier than planned cite negative reasons for doing so, including health problems or disabilities (55 percent); changes at their companies, such as downsizing or closure (20 percent); having to care for spouses or other family members (23 percent).

Some retirees do mention positive reasons for retiring early, such as being able to afford an earlier retirement (32 percent) or wanting to do something else (19 percent), but just 7 percent offer only positive reasons.

Because working longer may not be enough.

One of the more recent alternatives proposed is that of continuing to work longer which, if possible, would serve to both postpone the depletion of retirement income resources, and to provide additional time to save.  As noted above, this assumption might not prove to be a viable option for all, and even for those who can and do, EBRI research has found that even working until 70 by itself may not be sufficient for some individuals.

Because you don’t know how long you will live.

People are living longer and the longer your life, the longer your retirement could last, particularly if, as noted above, it begins sooner than you planned. Retiring at age 65 today? How big a chance do you want to take of outliving your money in old age?

Because the sooner you start, the easier it will be.

What are you waiting for? Sooner or later, you know you need to.  And the later you start, the harder it can be.

A good place to start – any time –  is the BallparkE$timate,® and with the other materials available at www.choosetosave.org, as well as www.americasavesweek.org.

How Does Household Income Change in the Ten Years Around Age 65?

Spending Adjustments Made By Older Americans to Save Money 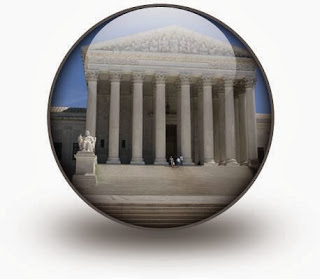 At some point in just about every police drama, potential suspects are vetted against the following criteria: Did they have the motive to commit the crime, and did they have the opportunity? Those who lack either are generally quickly dismissed as suspects because it is assumed that, lacking those two essential elements, they simply couldn’t—or wouldn’t—have done the crime.

While it’s not generally couched in such terms, the focus on remedying retirement savings shortfalls often turns on those elements as well. Granted, most individuals would concede they have a motive for saving for retirement. After all, how many of us would consciously embrace the notion of a less-than-financially secure retirement, given a choice?

Opportunity is another matter. We know that, given the opportunity to save in a workplace retirement plan, most do. However, we also know that, outside those workplace programs—despite a wide-range of available alternatives—the vast majority do not.

Not surprisingly, this “coverage gap”—between those who have access to a retirement savings plan at work and those who don’t—has been a focus of regulators and policymakers, with some looking for ways to encourage more employers to provide access to such plans, and others looking to expand access through approaches like “automatic” IRAs.

When it comes to evaluating criminal suspects, there is a third criterion applied, and one that is often the final determinant in deciding whether to charge the individual: Did they have the MEANS to commit the crime? The rationale is simple: While one can have both the motive to injure someone and the opportunity to do so, if you lack the physical means to commit the crime—well, then, even if you had the inclination and the chance, you lacked the physical wherewithal to do so. And means is, of course, also a critical consideration in the calculus of retirement savings, certainly among lower-income workers.

You’ve got the motive and the means—take advantage of the opportunity.

The American Savings Education Council, or ASEC, is a national coalition of public- and private-sector institutions committed to making saving and retirement planning a priority for all Americans, which it does through resources such as the Ballpark E$timate. ASEC is a program of the Employee Benefit Research Institute Education and Research Fund (EBRI-ERF), a 501©(3) non-profit organization.  More information is available at www.asec.org
Posted by Nevin E. Adams, JD at 7:35 PM No comments:

“Replacement rates”—roughly defined as the percentage of one’s pre-retirement income available in retirement—arguably constitute a poor proxy for retirement readiness.

Embracing that calculation as a retirement readiness measure requires accepting any number of imbedded assumptions, not infrequently that individuals will spend less in retirement. While there is certainly a likelihood that less may be spent on such things as taxes, housing, and various work-related expenses (including saving for retirement), there are also the often-overlooked costs of post-retirement medical expenses and long-term care that are not part of the pre-retirement balance sheet. 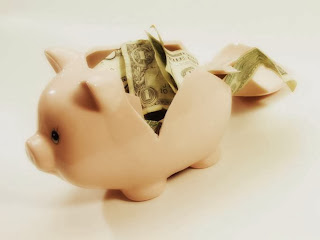 That said, replacement rates are relatively easy to understand and communicate, and, as a result, they are widely used by financial planners to facilitate the retirement planning process. They are also frequently employed by policy makers as a gauge in assessing the efficacy of various components of the retirement system in terms of providing income in retirement that is, at some level, comparable to that available to individuals prior to retirement.

A recent EBRI analysis looked at a different type of measure, one focused on the years prior to the traditional retirement age of 65, specifically a post-65 to pre-65 income ratio. The analysis was intended to provide a perspective on household income five and 10 years prior to age 65 compared with that of household income five and 10 years after age 65, specifically for households that didn’t change marital status during those periods. Note that in some households at least one member continues to work after age 65 (part-time in many cases) and may not fully retire until sometime after the traditional retirement age of 65.

Based on that pre- and post-65 income comparison, the EBRI analysis finds that those in the bottom half of income distribution did not experience any drop in income after they reached 65, although the sources of income shifted, with drops in labor income offset by increases in pension/annuity income and Social Security.

That was not, however, the case for those in the top-income quartile, who experienced a drop in income as they crossed 65, with their post-65 income levels only about 60 percent of that in the pre-65 periods.

This is not to suggest that the lower-income households were “well-off” after age 65. Changes in marital status, not considered in this particular analysis, particularly in the years leading up to (and following) retirement age, can have a dramatic impact on household income.

The current analysis does, however, show that Social Security’s progressivity is serving to maintain a level of parity for lower-income households with household income levels in the decade before reaching age 65, and in some cases to improve upon that result—and it helps underline the significance of the program in providing a secure retirement income foundation.

The EBRI report, published in the September EBRI Notes, “How Does Household Income Change in the Ten Years Around Age 65?” is available online here.
Posted by Nevin E. Adams, JD at 7:47 PM No comments: