The Duty To Ask

Last week I mentioned a revenue-sharing case that could have far-reaching implications.

That case, Tibble v. Edison International, was decided earlier this month (see “Court Buys Retail vs. Institutional Share Fee Claims”) and, IMHO, is a very interesting case for several reasons: First, most of these cases have been tossed before they actually got to trial; second, this one was decided in the plaintiff/participant’s favor (and that’s a rarer occurrence than much of the coverage and “chatter” would indicate). Moreover, here the court was far less deferential to the plan fiduciary decisions than other districts have been1.

But what I found most interesting about this case wasn’t the decision or the court’s rationale, though both will certainly have ramifications beyond this case. Nor, in large part, were the plaintiffs’ arguments any more compelling than in previous actions. In fact, like many of the revenue-sharing/excessive-fee cases filed since 2006, the plaintiffs here made a LOT of accusations—most of which were, as they have been in other cases (and rightfully, IMHO), summarily dismissed2. In this case, that included the selection of sector funds for the plan, having a money market fund on the menu rather than a stable value offering, and structuring the company stock fund as a unitized fund, rather than using share accounting.

Where this court did hold the plan fiduciaries3 liable was their decision to invest in retail shares rather than institutional shares of the same funds. But what I found most striking about the case wasn’t the allegations or the adjudication, but rather that what was, by outward appearances anyway, a thoughtful and sophisticated plan review structure would manage to overlook such a basic opportunity.

Here you have a large ($2-plus billion) plan that not only has an investment committee, but one separate from the benefits administration function. Moreover, that investment committee has access to, and uses the services of, an investment adviser (Hewitt’s investment consulting arm) to review/select/monitor funds. That’s a reasonably sophisticated set-up, and certainly what one might expect for a plan of this size. 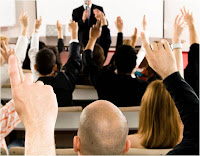 Now, the plan decision-makers are aware of revenue-sharing but consistently make decisions that support the notion that they do not take that into account. In fact, the court noted that in 33 of 39 instances during the period in question, the employer made mutual fund replacements that actually decreased the revenue-sharing received by the plan, leaving the court to note, “This overall pattern is not consistent with a motive to increase revenue sharing.” In fact, the court noted that “[t]he Plan fiduciaries did not make fund selections with an eye toward increasing revenue sharing and did not put the interests of SCE above those of the Plan participants.”4

So, what do they fail to do?

Well, apparently they did not even ASK the investment fund providers to waive the minimums for investment in institutional class shares. That’s right, they never asked if those minimums could be waived—so, of course, they weren’t (particularly damning was the testimony of the employer’s expert that such waivers were routinely granted, and for plans of much smaller size). Think of it as “the duty to ask.”

As you read the court’s description of the process, you get a sense that the investment committee was attentive to an investment policy statement (IPS) that was carefully prepared and to which the committee adhered; that they met regularly, and thoughtfully conducted their review with the assistance of a professional investment consultant. The court even described a situation5 where the investment committee considered—and specifically chose—an institutional share class for a fund over a retail offering, because the institutional class met the criteria established by the IPS, whereas the retail class did not.

Yet, for all of this good structure and process, there was one thing that this particular plan sponsor failed to do: They apparently failed to ask if a “better” share class was available.

In the words of the court, “The only way a fiduciary can obtain a waiver of the investment minimum is to call and ask for one. Yet none of the Edison fiduciaries nor anyone acting on their behalf (including HFS) ever requested that the William Blair Fund waive the minimum investment so that the Plan could invest in the institutional share class. Had someone called on behalf of the Plan and requested a waiver of the investment minimum, the William Blair Fund almost certainly would have granted the waiver.”6

Not that using retail, rather than institutional shares was inherently wrong, even in this situation7. The court acknowledged that in defending the retail-share decision, witnesses for the defendant/employers offered three possible rationales: If the retail share class of a certain mutual fund had significant performance history and a Morningstar rating, but the institutional share class did not; to avoid confusion among participants resulting from frequent changes in the fund; or if there were certain minimum investment requirements, it might preclude the plan from investing in the institutional share classes. Judge Stephen V. Wilson didn’t say whether he would have found those arguments compelling—but then, he didn’t need to bother because, as he noted in the ruling, “None of these explanations is supported by the facts in this case.”

Nor was it sufficient that the plan fiduciaries employed the services of an investment adviser. As the court noted: “While securing independent advice from HFS is some evidence of a thorough investigation, it is not a complete defense to a charge of imprudence. At the very least, the Plan fiduciaries must make certain that reliance on the expert’s advice is reasonably justified.”

It is nearly incomprehensible to me—and I would guess to most of you—that in this day and age, a plan fiduciary could be aware of the distinctions of an institutional share class7, and not take advantage of them.

Perhaps, since participants were paying the freight, the fee differential was simply out of sight and thus out of mind. But I’m guessing that the investment committee saw its duty as restricted to the selection and review of the most appropriate investment options under the terms of the IPS, regardless of cost. I wouldn’t be surprised if they saw expense management as the responsibility of the administrative committee—which, doubtless, either assumed that the investment committee’s deliberation included a consideration of fees, or didn’t feel equipped and/or empowered to inquire as to the availability of a less expensive class of shares. Perhaps both felt that their investment adviser was taking those factors into consideration. Ironically, it may well be that this program had so much structure and process that everybody thought somebody else was dealing with the one thing that now seems so obvious, it’s hard to imagine it was overlooked for so long.

Whatever the explanation, it’s clear that nobody was asking the right questions8, and thus, nobody—including the plan participants—was getting the right answer.

1 This writer—and the Department of Labor—have had issues with the approach embraced by the courts in more than one of these revenue-sharing suits (see “IMHO: Court “Case”, “IMHO: The ‘Burden’ of Proof”, “IMHO: Second Opinions”, “IMHO: Winning Ways”, “IMHO: The Letter of the Law”).

4 Nor was the revenue-sharing arrangement hidden. The use of revenue-sharing to offset recordkeeping fees was not only discussed with employee unions, the court noted that the arrangement was disclosed to participants on approximately 17 occasions after the practice began in 1999.

6 It surely didn’t help matters any that the expert witness hired by the employer-defendants testified that he had obtained waivers for plans as small as $50 million in total assets, and from the same funds as those in question here.

7 Lest some try to rely on this decision as absolute proof that the use of retail class funds is inherently imprudent in 401(k) plans, the court acknowledged in a footnote that “[p]laintiffs are not contending, and the Court has not found, that the mere inclusion of some retail share classes in the Plan constituted a violation of the duty of prudence. The only issue here is whether it was a breach of the duty of prudence to select retail shares rather than institutional shares of the same mutual fund where the only difference between the two share classes was that the retail share class charged a higher fee.”

8 Perhaps including this court. Though there were six funds in question, only three were the focus of the ruling, and for which the plan fiduciaries were held to account for the difference in costs between the retail and institutional shares. The other three were added to the fund menu earlier, apparently outside the applicable statute of limitations, but otherwise seemed to have the same institutional/retail class issues—yet the court rebuffed those claims.

What was the difference? Well, it seems that the plaintiffs didn’t challenge the initial decision to invest (my guess would be because they knew it was outside the statute of limitations), but they did argue that there were subsequent events (change in fund name, manager, etc.) that should have triggered a fresh review, a review in which they argued the whole institutional/retail issue should have arisen, and thus they should be liable as they were in the case of the funds added later. However, this judge was apparently only focusing on the initial decision, and found no reason that the subsequent fund changes should have triggered a full review, and thus—no violation of fiduciary duty. So much for the duty to monitor.
Posted by Nevin E. Adams, JD at 11:41 PM