Generalizations are often misleading, but I think it’s fair to say that some people (specifically those of the male gender) are notoriously reluctant to ask for directions—even when it’s painfully clear to everyone else traveling in their company that they are “lost.” If you’re not one of those people, I’ll bet you know someone (and probably more than one someone) who is.¹

The rationalizations offered by those refusing to seek help are as varied and variable as the individual circumstances that bring those hesitations to light: a shortage of time; certainty that, however lost they seem, they actually know where they are (or will be shortly); a lack of trust in the reliability of the instructions they might receive; the inconvenience of stopping…this despite the knowledge (frequently even among those reluctant to ask directions) that the modest investment of time to seek assistance will likely be far less than the time (and aggravation) that they will expend trying to find their own way. 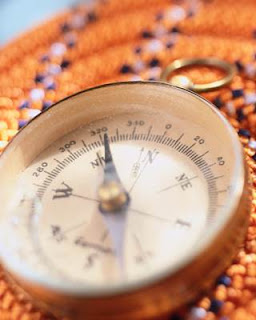 When it comes to retirement planning, reluctance to seek help seems even more widespread. In fact, the 2013 Retirement Confidence Survey found that fewer than half of workers surveyed have ever tried to calculate what they need to save for a comfortable retirement (see “Guess Work?”)—and that’s not a new finding in a survey that now spans nearly a quarter-century.

Unfortunately, only about one-fourth of the sample studied (25.6 percent) used either of these two methods.

Why, then, have so few sought direction? Doubtless the reasons for not doing so mirror those above: a lack of time, a lack of confidence in the directions, or in the individual providing that assistance. Perhaps in the case of retirement projection calculators, the tools may be too hard to find, too complicated to use, or simply just one thing too much to do in an already too-busy day. This, it seems fair to say, despite the knowledge that seeking help would surely provide a better outcome.

What about those who didn’t seek help, who “guessed” at those retirement savings targets? Well, there were more in that category in the RCS sampling (44.6 percent)—and, perhaps not surprisingly, they tended to underestimate their savings needs—in effect, citing a goal that would leave them short of their projected financial needs in retirement.

Baseball great Yogi Berra once cautioned that “You’ve got to be very careful if you don’t know where you’re going, because you might not get there.” When it comes to retirement, the problem generally isn’t getting there—it’s getting there before you are ready.

¹ These individuals may be harder to spot these days with the widespread availability of GPS devices, but they can still be found.