Are Your Retirement Savings Naughty? Or Nice?

A few years back – when my kids were still “kids” – and believed in the reality of Santa Claus – we stumbled across an ingenious website.

This was a website that purported to offer a real-time assessment of one’s “naughty or nice” status.
Now, as Christmas approached, it was not uncommon for us as parents to caution our occasionally misbehaving brood that they had best be attentive to how their actions might be viewed by the big guy at the North Pole.

But nothing we ever did or said had the impact of that website – if not on their behaviors (they were kids, after all), then certainly on the level of their concern about the consequences. In fact, in one of his final years as a “believer,” my son (who, it must be acknowledged, had been particularly naughty that year) was on the verge of tears, distraught that he’d find nothing under the Christmas tree that year but the lump of coal and bundle of switches he surely “deserved.” 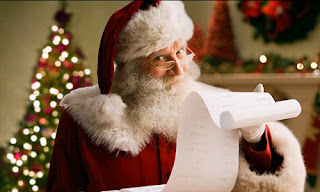 When one considers the various surveys that, on the one hand, suggest relatively modest retirement preparations, alongside others that purport to find high degrees of confidence in retirement finances, one can’t help but wonder if American workers imagine that some kind of benevolent elf will drop down their chimney with a bag full of cold cash from the North Pole. They behave as though, somehow, their bad savings behaviors throughout the year(s) notwithstanding, they’ll be able to pull the wool over the eyes of a myopic, portly gentleman in a red snowsuit, or perhaps pull off some kind of compounding “magic” with some last-minute savings scramble.

Not that they actually believe in a retirement version of St. Nick, but that’s essentially how they behave, even though, like my son, a growing number evidence some concern about the consequences of their “naughty” behaviors. Also, like my son, they tend to worry about it too late to influence the outcome – and don’t ever change their behaviors in any meaningful way.

Ultimately, the volume of presents under our Christmas tree never really had anything to do with our kids’ behavior. As parents, we nurtured their belief in Santa Claus as long as we thought we could (without subjecting them to the ridicule of their classmates), not because we actually expected it to modify their behavior (though we hoped, from time to time), but because we thought that children should have a chance to believe, if only for a little while, in those kinds of possibilities.

We all live in a world of possibilities, of course. But as adults we realize – or should – that those possibilities are frequently bounded in by the reality of our behaviors. And though this is a season of giving, of coming together, of sharing with others – it is also a time of year when we should all be making a list and checking it twice – taking note, and making changes to what is naughty and nice about our savings behaviors.

Yes, Virginia, there is a Santa Claus – but he looks a lot like you, assisted by “helpers’ like the employer match, your financial adviser, the investment markets, and tax incentives to save.

Incredibly, the Naughty or Nice site is still  online (at http://www.claus.com/naughtyornice/index.php.htm) – so check it out – ’cause you just never know…
Posted by Nevin E. Adams, JD at 6:00 AM