Valentine's Day was this week, and you have perhaps seen those increasingly ubiquitous advertisements for a certain online florist.

Now, I’ve used that particular service on many an occasion over the past several years; they are not only convenient, they deliver a quality product, and on time. In sum, I’ve used them before, have, in fact, used them this year, and will doubtless use them again.

The ads tout the ability to get a dozen roses for $24.99. That’s in red only (but hey, it’s Valentine’s Day), and you do actually get a glass vase included in that price (with options to “upgrade,” of course). 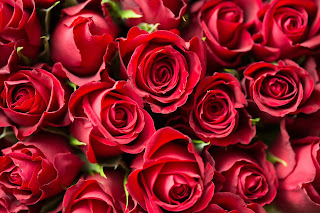 Not that you’ll see that all presented in one place – well, until the very last screen, anyway.

I wonder sometimes if that isn’t how those who request a hardship withdrawal feel – though, disclosures notwithstanding, it’s not like they can see what it’s actually going to cost at the point they make the request.

Oh, they know the amount they need, and presumably request. But then there’s the 20% withholding that comes off the top, but then, come tax time, they’ll find out if that 20% withholding was “enough.” At the same time, they’ll likely discover the 10% penalty (for those who aren’t yet 59½). Less obvious is the retirement savings “ground” they’ve lost to the customary 6-month suspension of contributions (and match). And that’s not considering the 401(k) loan they likely had to take first because, after all, we have to make really, really sure that you absolutely have no other way to get to that money.

Still – and though the 61st Annual Survey of Profit Sharing and 401(k) Plans from the Plan Sponsor Council of America (PSCA) indicates that more than 80% of plans offer a hardship withdrawal option – only 2.3% of workers who have access to them take them. Data from the nonpartisan Employee Benefit Research Institute puts that at fewer than 2%, and Vanguard’s “How America Saves” study says that only about 3% of participants do.

Then late last year, Congress passed the Bipartisan Budget Act of 2018, which, among other things, set aside several of these “hidden” costs, notably the requirement to take a plan loan first (it’s now optional), and more significantly, the suspension of contributions. They broadened not only the categories of contributions eligible for hardship (it now includes matching contributions and non-elective contributions, as well as earnings on those accounts), but also included changes in the ability to qualify for a hardship distribution in the case of casualty losses and losses associated with federal disaster areas. The IRS also loosened the rules for determining the status of a hardship – which should lessen the burden of both requesting and approving these distributions.

Now, despite the retirement focus of these savings, I’ve always thought that it was important to provide emergency access. After all, if you thought that there was no way you could ever tap into those funds in a dire situation no matter what, wouldn’t you hold back on savings? And while there are almost certainly abuses, the relatively low take-up rates despite the widespread availability suggest that those are the exception, not the rule. The new rules, while they certainly open the door to pre-retirement withdrawals a bit wider, seem, for the most part, a thoughtful extension of potential relief to individuals that surely need it.

What remains to be seen – the new provisions were only just effective for plan years beginning on or after Jan. 1, 2019, after all – is how that expanded access will influence the historically low take-up rates on hardships.

And what the ultimate cost will be.