4 Fiduciary Lessons from the Game of Thrones

I was late to the Game of Thrones – and though its final season seems a bit “rushed” – there has been plenty to not only watch, but mull over in its eight-season run. And yet, as the series wound to a close on Sunday night, I kept thinking there were some lessons for retirement amidst the mayhem.

Sandor Clegane (a.k.a., the Hound) had some of the best quotes during the series run (though most of them are not “printable” here). This is one for the ages, and while he drew this particular line in a conversation with Arya Stark about his choice between being a thief (not OK) and a murderer of young boys (OK?), for Sandor, he did at least have a personal, if not, “professional,” boundary which governed his actions.

Of course, plan fiduciaries have not one, but two to keep in mind: ERISA – and the Internal Revenue Code.

‘No one can survive in this world without help. No one.’

Jorah Mormont’s words of wisdom to his “Khaleesi” (Daenerys Targaryen) are broadly applicable, of course, and in the retirement context both to individual retirement savers seeking help, as well as the employer/plan sponsors looking to provide plan designs that are prudent and effective in helping them do so.

ERISA imposes a duty of prudence on plan fiduciaries that is often referred to as one of the highest duties known to law – and for good reason. Those fiduciaries must act “with the care, skill, prudence and diligence under the circumstances then prevailing that a prudent man acting in a like capacity and familiar with such matters would use in the conduct of an enterprise of a like character and with like aims.” 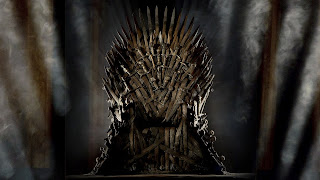 The “familiar with such matters” is the sticking point for those who might otherwise be inclined to simply adopt a “do unto others as you would have others do unto you” approach. Similarly, those who might be naturally predisposed toward a kind of Hippocratic, “first, do no harm” stance are afforded no such discretion under ERISA’s strictures.

It’s one thing to find yourself in a job for which you are not immediately trained, or perhaps even qualified, but there’s no beginner track for ERISA fiduciaries. You’re not only directed to act for the exclusive purpose of providing benefits, but to do so at the level of an expert. The DOL has said that “Unless they possess the necessary expertise to evaluate such factors, fiduciaries would need to obtain the advice of a qualified, independent expert."

The simple matter is, as an ERISA fiduciary, you’re expected to conduct yourself as an expert – or to hire help that is.

‘Sometimes nothing is the hardest thing to do.’

While that can certainly be true in times of volatile markets, most participants – certainly those who have the benefit of automatic enrollment, contribution acceleration and qualified default investment alternatives – have, despite Tyrion Lannister’s Season 7 counsel to Daenerys Targaryen – long found that “nothing” is actually not only easy, but in many, and perhaps most, cases a better result than they might have managed on their own.

That said, “nothing” has been the bane of any number of plan fiduciaries on matters ranging from conducting regular provider evaluations, prudent examinations of plan investment options, removal of imprudent options, and documentation of their deliberations.

In those situations, “nothing” was likely not the hardest thing to do – though it certainly had its hazards. This might be a good time to revisit “6 Dangerous Fiduciary Assumptions.”

(In the bear-in-mind department, Daenerys Targaryen later pushed back on Tyrion’s counsel by declaring “You told me to do nothing before and I listened to you. I’m not doing nothing again.”)

‘No matter who you are, no matter how strong you are, sooner or later, you’ll face circumstances beyond your control.’

While she never really carried on as though she thought this applied to her, none other than Cersei Lannister offered these words of wisdom to her (really nasty) son Tommen Baratheon in Season 5 (ironically, before she found out for herself the awful truth of those words).

Whether the source is the markets, regulations, legislation, litigation, workforce dynamics in general, or all/some of the above, plan fiduciaries have to know that circumstances may well drive them out of their comfort zone, regardless of how carefully or thoughtfully they have tried to prepare for that eventuality.

The good news is, ERISA requires prudence, not perfection.