5 Things Your Retirement Can (Still) Learn From Game of Thrones

Whether you are a Game of Thrones aficionado – or haven’t watched a single episode – there are lessons to be learned nonetheless.

Last week I recounted some fiduciary admonitions from the HBO series. Turns out there are words of wisdom for individual retirement savers as well. Check these out. 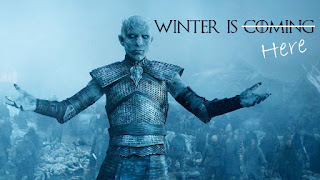 “When you play the game of thrones, you win or you die. There is no middle ground.”

All the way back in Season 1, Cersei Lannister explained what has certainly been a theme for the series as a whole. That said, retirement isn’t a game of thrones, nor is it precisely a “win or die” scenario. We all die, eventually of course (no “wights” here), but there are those who “win,” at least if you consider those who have sufficient resources to fund retirement as “winning.”

The non-partisan Employee Benefit Research Institute (EBRI) has previously found that current levels of Social Security benefits, coupled with at least 30 years of 401(k) savings eligibility, could provide most workers – between 83% and 86% of them, in fact – with an annual income of at least 60% of their preretirement pay on an inflation-adjusted basis. Even at an 80% replacement rate, 67% of the lowest-income quartile would still meet that threshold – and that’s making no assumptions about the positive impact of plan design features like automatic enrollment and annual contribution acceleration.

Not that there isn’t plenty to worry about: reports of individuals who claim to have no money set aside for financial emergencies; the sheer number of workers entering their career saddled with huge amounts of college debt – and the enormous percentage of working Americans who (still) don’t have access to a retirement plan at work… and those important years of eligibility.

“A Lannister always pays his debts.”

While the official motto of the Lannister house is “Hear me roar!”, at several points throughout the series, the Lannisters are able to trade on their reputation for, by hook or by crook, fulfilling their debt obligations (though note, such “debts” are not always monetary in nature).

Debt of any kind – and these days student debt seems to loom largest – certainly weighs on thinking, if not saving, for retirement. While younger workers’ balance sheets are clearly hurt by student debt, researchers have noted preliminary results that indicate that they do not substantially reduce retirement saving to compensate. Good news for their long-term prospects, anyway.

However, note that nearly two in three workers (63%) say debt is a problem for them, and the Employee Benefit Research Institute’s (EBRI) Retirement Confidence Survey has consistently found a relationship between debt levels and retirement confidence. In 2018, just 2% of workers with a major debt problem say they are very confident about having enough money to live comfortably in retirement, compared with a third (32%) of workers who indicate debt is not a problem – while 37% of workers with a major debt problem are not at all confident about having enough money for a financially secure retirement, compared with 6% of workers without a debt problem.

Now, confidence is one thing; reality is another. Paying off debt – or avoiding racking up serious amounts of it in the first place – is the wisest course when it comes to retirement preparations. But, as Tyrion Lannister observed in Season 3, “I’m quite good at spending money, but a lifetime of outrageous wealth hasn’t taught me much about managing it.”

”If you think this has a happy ending, you haven't been paying attention.”

Ramsay Bolton’s Season 3 admonition to Theon Greyjoy (soon to be Reek, several seasons ahead of his eventual redemption) predicated what was surely one of the more uncomfortable sequences (certainly for Theon) – and proved to be prescient for viewers as well.

It is an observation that many retirement industry professionals would surely direct at the individuals that any number of consumer surveys suggest have set aside little or worse – nothing – not only for retirement, but for the relatively commonplace financial emergencies that seem to be part and parcel of life. Granted, some doubtless are living “paycheck to paycheck” not by choice, but necessity.

And yet, there’s plenty of evidence to suggest that these behaviors aren’t always constrained by economic reality, but by a very human inclination to sacrifice the long-term view for the exigency of today’s pleasure(s), if not an unhealthy confidence that the future will bring opportunities to remediate today’s decisions.

“The Lannisters send their regards.”

Game of Thrones may not have invented the notion of surprisingly (if not randomly) killing off key characters, but the series has arguably taken it to a whole new level. For my money, even in a series well-known for its plot twists, unanticipated shifts of loyalty and sheer mayhem, there’s nothing quite like the episode titled “The Rains of Castamere,” but more commonly known to fans as the “Red Wedding.”

We’ve all been to at least one wedding where the underlying tensions between families threatened to undermine the happiness generally associated with such proceedings, but I think it’s fair to say that the wedding of Edmure Tully and Roslin Frey had a conclusion far more dramatic than its participants (or viewers) anticipated (unless, of course, you read the book). That said, it’s not as though the Starks didn’t have a premonition about the trouble that would ultimately befall them. It’s just that, ultimately, they relied upon a certain amount of social decorum to prevail. Suffice it to say that the “decorum” that accompanied Roose Bolton’s infamous quote above wasn’t what the Starks had in mind.

The lesson for retirement savings is, of course, that it’s always prudent to be prepared in case planned events take an unexpected turn. That could come in many forms: an unexpectedly early retirement, a sudden illness or disability, a need to provide parental support, or even a sharp, sustained downturn in the markets.

It might be a good time to check out “6 Things that Can Wreck a Retirement."

This is perhaps the most iconic phrase from GoT, and while those who live in climates where the arrival of winter can mean significant change – snarled commutes, cancelled flights, or perhaps trips to the ski slopes – in the Game of Thrones it’s unequivocally a bad thing, though – as in making retirement preparations – there are some who think that arrival is further off than it actually turns out to be.

Retirement – or perhaps more precisely, the end of a full-time working career – though it’s often depicted with scenes of warmth and beaches – is “winter” of a sort, or might be if adequate preparations aren’t made. While there are varying degrees of concern about that impact, and the timing of that impact, it seems fair to note that Americans know that retirement, like winter in GoT, is coming.

Those who haven’t are well advised to bear in mind Tyrion Lannister’s caution, “The day will come when you think you are safe and happy, and your joy will turn to ashes in your mouth.”

Better counsel comes from Petyr Baelish, who in Season 6 noted, “The past is gone for good. You can sit here mourning its departure, or prepare for the future.” Because, as that same Petyr Baelish explains in Season 4, “a lot can happen between now and never.”

And here’s hoping it does – because it certainly can.