Could the Super Bowl’s Outcome Kick Your 401(k)?

Will your portfolio be fortified by a 49ers win – or get chipped by the Chiefs?

Not that it hasn’t had its shortcomings. One need look back no further than last year’s win by the AFC’s New England Patriots over the NFC champion Los Angeles Rams to find an exception – the S&P 500 was up more than 30% in 2019. And then it was just the year before that a win by the NFC champion Philadelphia Eagles against the AFC Champion Patriots (who once were the AFL’s Boston Patriots) also turned out to be a loser, marketwise, with the S&P 500 down more than 6% (though for most of the year it was quite a different story). Ditto the year before when the epic comeback by those same AFC Champion Patriots against the then-NFC champion
Atlanta Falcons didn’t forestall a 2017 market surge.

Nor is it always the Patriots who play Super Bowl Theory spoilers – the year before that the AFC’s (and original AFL) Broncos’ 24-10 victory over the Carolina Panthers, who represented the NFC, also proved to be an “exception.”

That string, however, was an unusual break in the streak that was sustained in 2015 following Super Bowl XLIX, when the AFC’s New England Patriots bested the Seattle Seahawks 28-24 to earn their fourth Super Bowl title. It also “worked” in 2014, when the Seahawks bumped off the legacy AFL Denver Broncos, and in 2013, when a dramatic fourth-quarter comeback rescued a victory by the Baltimore Ravens (over the San Francisco 49ers, it should be noted) – who, though representing the AFC, are technically a legacy NFL team via their Cleveland Browns roots.

Admittedly, the fact that the markets fared well in 2013 was hardly a true test of the Super Bowl Theory since, as it turned out, both teams in Super Bowl XLVII the Ravens and the San Francisco 49ers – were NFL legacy teams.

On the other hand, the year before that, the Pittsburgh Steelers (representing the American Football Conference) took on the National Football Conference’s Green Bay Packers – two teams that had some of the oldest, deepest and, yes, most “storied” NFL roots, with the Steelers formed in 1933 (as the Pittsburgh Pirates) and the Packers founded in 1919. According to the Super Bowl Theory, 2011 should have been a good year for stocks (because, regardless of who won, a legacy NFL team would prevail).

But as you may recall, while the Dow gained ground for the year, the S&P 500 was, well, flat.
And then there was the string of Super Bowls where the contests were all between legacy NFL teams (thus, no matter who won, the markets should have risen):
Sure enough, the markets were higher in each of those years.

Times were better for Patriots fans in 2005, when they bested the NFC’s Philadelphia Eagles 24-21. Indeed, according to the Super Bowl Theory, the markets should have been down that year – but the S&P 500 rose 2.55%.

Of course, Super Bowl Theory proponents would tell you that the 2002 win by the New England Patriots accurately foretold the continuation of the bear market into a third year (at the time, the first accurate result in five years). But the Patriots’ 2004 Super Bowl win against the Carolina Panthers (the one that probably nobody except Patriots fans and disappointed Panthers advocates remember because it was overshadowed by Janet Jackson’s infamous “wardrobe malfunction”) failed to anticipate a fall rally that helped push the S&P 500 to a near 9% gain that year, sacking the indicator for another loss (couldn’t resist).

Consider also that, despite victories by the AFL-legacy Denver Broncos in 1998 and 1999, the S&P 500 continued its winning ways, while victories by the NFL-legacy St. Louis (by way of Los Angeles) Rams (that have now returned to the City of Angels) and the Baltimore Ravens did nothing to dispel the bear markets of 2000 and 2001, respectively. 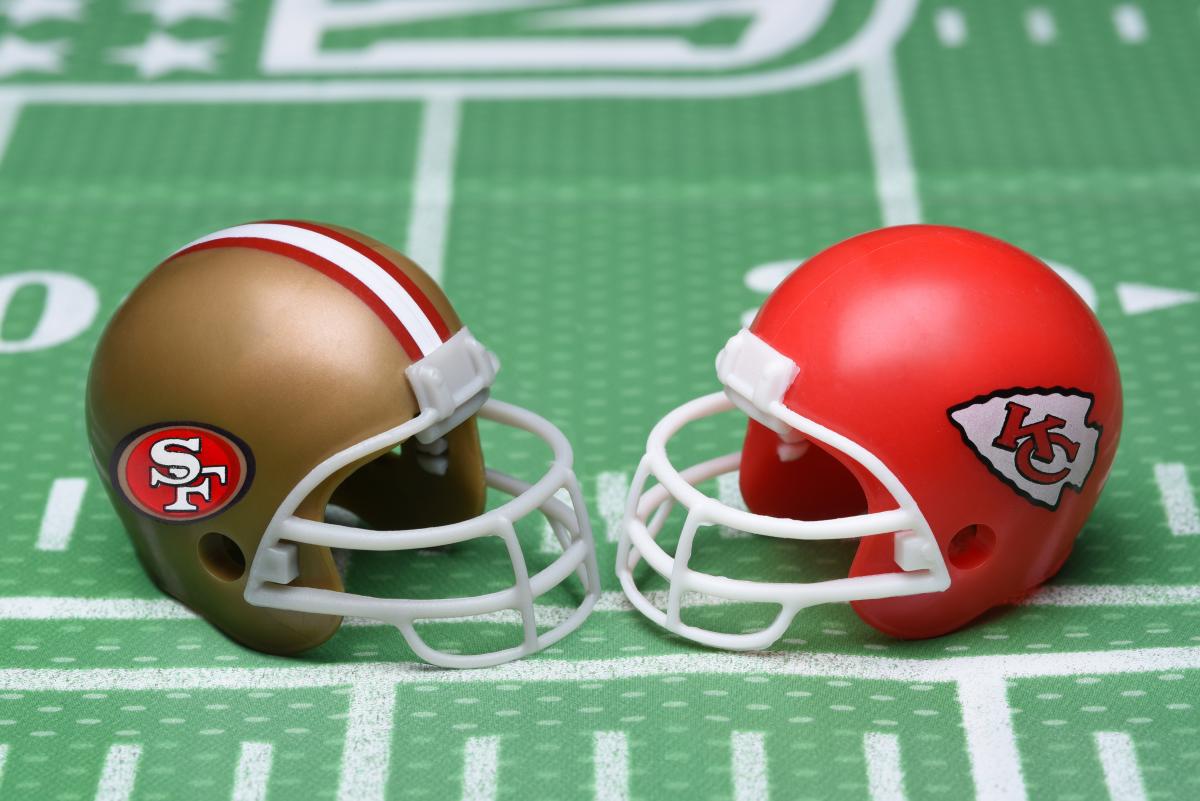 Indeed, the Buccaneers’ move to the NFC was part of a swap with the Seattle Seahawks, who did, in fact, enter the NFL as an NFC team in 1976 but shuttled quickly over to the AFC (where they remained through 2001) before returning to the NFC (see below). And, not having entered the league until 1976, regardless of when they began, can the Seahawks truly be considered a “legacy” NFL squad? Bear in mind as well, that in 2006, when the Seahawks made their first Super Bowl appearance – and lost – the S&P 500 gained nearly 16%.

As for Sunday’s contest, the 49ers have been here before – this is their seventh appearance, having won 5 (and being the first team to do so), but having fallen short their last time. If they do prevail, that sixth Lombardi trophy will tie them with the Patriots and Steelers in the all-time list. As for the Chiefs, well, it’s been a half-century drought for them in the Super Bowl, though the last time they appeared (January 11, 1970 – Super Bowl IV) they were victorious (over the heavily favored Minnesota Vikings). Only the New York Jets (51 years) have endured a longer stretch in between titles. The Chiefs did appear in what was subsequently dubbed Super Bowl I (but at the time more simply the AFL-NFL Championship Game).

This happens to be the first time a Super Bowl will feature two teams with red as a primary uniform color, although it’s the “home” town Chiefs who will be in their traditional home red jerseys with white pants for the game. That said, dating back to 2005 with the Patriots in Super Bowl XXXIX, the team wearing white jerseys has won 12 times.

All in all, it looks like it should be a good game.

And that – whether you are a proponent of the Super Bowl Theory or not – would be one in which regardless of which team wins, we all do!

Note: Seattle is the only team to have played in both the AFC and NFC Championship Games, having relocated from the AFC to the NFC during league realignment prior to the 2002 season. The Seahawks are the only NFL team to switch conferences twice in the post-merger era. The franchise began play in 1976 in the NFC West division but switched conferences with the Buccaneers after one season and joined the AFC West.

BTW, in case you were wondering, the Super Bowl is measured in Roman numerals because a football season runs over two calendar years.
Posted by Nevin E. Adams, JD at 4:30 AM