Perhaps because of the recent full moon, the nation’s 401(k) “haters” were out in force.

Yes, last week we were “treated” to a Bloomberg op-ed with ideas on how to “fix” America’s broken retirement savings system, a back-handed compliment (of sorts) on SECURE 2.0 in Forbes from Teresa Ghilarducci, and the trifecta was completed with an academics op-ed in the Washington Post alleging that the current retirement system is “built for the rich.”

Most of the criticism was focused on the same old myopic view on taxes and tax preferences—all flavored through the prism of a highly biased preference for the involvement of the federal government in such matters, rather than the private sector. 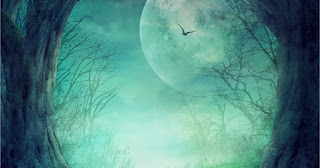 So, let me take a couple of minutes to make a few points that always seem to be glossed over:

Now, with those elements in mind (we’ll return to them throughout), what did the “haters” have to say?

Well, the Bloomberg editors’ “fix” to the system they claim is “broken” involves: (1) making access universal (but wait, what about Social Security?)—with a 3% auto-default rate with an opt out (they cite the UK’s NEST opt-out rate of 8%, though the opt-out rate for comparable state-run IRA programs in the U.S. is three to five times larger); (2) making it “simple” (the federal government’s Thrift Savings Plan, or TSP was cited), ostensibly with an abbreviated fund menu—or perhaps just because it’s a government solution; (3) making it “portable” (actually, they want it centralized, presumably with the federal government, so that it never has/get to be moved/rolled over), and (4) they want it to be “progressive,” which basically means shifting the current deferral of taxes to a straight-up government match to “the lowest earners.”[i]

There’s really nothing new here—the solution seems to be, more or less, a “nationalization” of retirement savings—with a program focused on helping those at the lower end of the income scale, but completely ignoring the vast sea of middle-income savers—for whom Social Security alone likely won’t come close to replicating their retirement income needs.

The Washington Post op-ed was crafted by Daniel Hemel, a professor at the University of Chicago Law School and a visiting professor at New York University School of Law. He seems quite angered at the bipartisan support for SECURE 2.0 (actually the Securing a Strong Retirement Act of 2022) as some kind of sell-out by Congress to the financial services industry. He has an issue with “mega-IRAs,” but he also takes aim at Roth contributions, the extension of the required minimum distribution timeline, the non-tax refundability of the Saver’s Credit, as well as the scaled increase in the catch-up limits—all of which are characterized as either a giveaway to the rich, a budgetary “gimmick”—or both. He offers no solutions to any of this—though he does suggest that a focus on a strengthened Social Security would be a better use of their time (I, for one, would support that). Nor is there an acknowledgement that somewhere along the way this system “built for the rich” has somehow managed to wind up with roughly two-thirds of its participants in tax brackets that by most measures would fall significantly lower than that label would encompass. Groups for which this “broken” system is a lifeline beyond the baseline of Social Security and the pension benefits they never had.

And then, just ahead of that article, Teresa Ghilarducci, a familiar critic of 401(k)s, pens an article ostensibly focused on the provisions of SECURE 2.0 (even taking the time to try and explain why it garnered such strong bipartisan support) on her way to pointing out why her proposal (now labeled the Ghilarducci/Hassett/EIG retirement proposal) is superior. Now, most of us would think that legislation—any legislation—that passed the U.S. House of Representatives by a margin of 414-5 would have to be on something as innocuous as naming a post pffice—that it would advance so many aspects of retirement security instead is a testament to the importance of the issue(s), and the potential to make strides in addressing them.

Well, Ms. Ghilarducci seems to think that while SECURE 2.0 is perhaps better than a poke in the eye with a sharp stick (my words, not hers), but she claims the fixes it provides are too little (and probably too late), compared with her solution (if bipartisanship in the U.S. Congress is quickly dispensed with, she takes great pride in her alignment with conservative economist Dr. Hassett) that would build a TSP-like program for—well, everybody—or at least those who don’t already have a retirement savings plan at work. This particular article doesn’t go into the details of her solution, but we’ve seen (and written) about it before. Mind you, she’s not really worried about what you and I might consider middle-income workers—her focus is on the lower end (less than $52,000 median household earnings). It calls for a government (rather than an employer) match—but one that is only 3%. Now, that’s a number that has appeared in previous proposals she has put forth—and Jack VanDerhei, while at the Employee Benefit Research Institute, projected that it comes in well under where the status quo brings that same group in the current system.[ii]

Now, those of us who actually work with real people know that this so-called “broken” system works amazingly well—for those who have access to it—including, most especially, those at the lower end of the income scale. The academics routinely target the well-off in their criticisms, but ignore the needs of middle-income households for whom Social Security will almost certainly not be… enough. And completely discount/ignore the role that the current tax preferences play in fostering the formation and maintenance of these retirement plans.

Indeed, underneath all of the criticisms, the real issue seems to be that—as we’ve noted repeatedly—not enough working Americans have access to that system. What these critics don’t seem to appreciate is that, rather than closing that gap by encouraging more plan formation and participation, these random op-eds—often based on myopic views and faulty premises—only serve to undermine that goal. But then, perhaps there’s a reason…

There are plenty of success stories out there—I’ll bet every single one of our 35,000+ readers know one, ten, a dozen, perhaps hundreds… it’s past time we started telling them.

[i] Weirdly, as a throw-in they suggest that folks should be able to “tap their accounts for the occasional emergency expense”—which they claim would “save billions more that would otherwise go toward interest on often-predatory payday loans.”

[ii] My thinking is that, like earlier proposals, her math works because she assumes that any balances not actually withdrawn by the individual (and perhaps their spouse) would be absorbed into the “pool” and used to fund other payouts.