(What Is) The Most Important Retirement Number

What’s the most important number when it comes to retirement?

Once upon a time it might have been considered to be “65”—that traditional age for retirement—but even though it’s the default in many retirement calculators, until recently it hadn’t even been the most common age for actual retirement. Heck, it’s not even “good enough” for full Social Security benefits these days.[i]

Perhaps a more precise focus number in retirement planning is the one that purports to provide some level of financial security in retirement[ii]—indeed, some years back there was a commercial that prompted folks to determine their “number”—a reference to a financial result that was deemed necessary to “retire the way you want” (and perhaps when you want, though that wasn’t part of the “pitch”).

But while that was (and is) “A” number, in order to get to it, for it to have any semblance of actually fulfilling that promise (premise?), you had to first get to several other numbers; how long you expected to live in retirement is a big one—and one dependent on another number, the age at which you planned/hoped to retire—not to mention how much you expected to need in order to live in retirement.  And that, generally, if somewhat unartfully, is typically considered to be dependent on yet another number—a percentage of the amount you lived on PRE-retirement—all of which might well turn out to be dependent on yet another number—the financial resources available to you. And that likely turns out to be a product of several other numbers—personal savings, pensions, Social Security—and yes, that’s even more math, as those often depend on other…numbers, as they are impacted by markets, taxes, drawdown rates, etc...

Little wonder that surveys show that so many haven’t made even a single attempt to make that retirement readiness assessment—and that includes “guessing” at it. 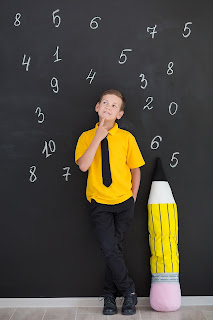 Well, for my money (literally) there may not be one single most important number about retirement, but if you’re ever going to have decent shot at achieving a modicum of the peace of mind that long-term financial security provides, you need to have at least a sense of things, a reality “check” if you will. To that end, the Plan Sponsor Council of America’s annual 401(k) Day[iii] education campaign is a great place to start in terms of pulling together the numbers that will both tell you how much you need—as well as the all-important how much you have—to do the math, to—in the words of this year’s 401(k) Day campaign—“know your numbers.”[iv]

Let’s face it, if that most important number is when can you afford to retire—or at least to not have to rely on a regular paycheck—well, it may feel like you need a crystal ball—but you’ll have a better shot at accurately predicting that future if you start with some sense of not only where you want to be (and when), but where you are.

So, whether you’ve never done “the math”—or done it a zillion times—this 401(k) Day it’s worth taking another look—to make sure things (still) add up—and to do that, you first need to know the numbers—your numbers—the most important number of all.

[ii] Though these days I suppose that is more accurately described as that point in life when you no longer depend on a regular paycheck.

[iv] For plan sponsors[iv]—and those who support their efforts—the campaign also brings forth some important numbers about the retirement plan that has been, and will likely continue to be, such an integral component of the financing of those longer-term goals and aspirations. Significantly, along with benchmarking resources like PSCA’s Annual Survey of Profit-Sharing and 401(k) Plans, it can also help you assess how your plan and plan design matches up against—well, the “competition.”