It is all too common in human affairs to make choices that have “unforeseeable consequences.” And then there are those situations where people should have known better. Like the current rumors about capping employee pre-tax contributions at $2,400.

Having the opportunity to put off paying taxes is something that most Americans relish — even those whose tax bracket means they really don’t wind up owing taxes. While there’s plenty of evidence to suggest that it is the employer match, rather than the (temporary) tax deduction that influences worker savings, most are happy to get both. Indeed, the ability to defer paying taxes on pay that you set aside for retirement is part and parcel of the 401(k) (though cash or deferred arrangements predated that change to the Internal Revenue Code).

Enter the talk about “Rothification” — the limit, or perhaps even complete elimination, of pre-tax contributions to 401(k)s. While a definitive notion of how participants would respond remains elusive, recent industry surveys have indicated a great deal of concern on the part of plan sponsors about their response. I’ve little doubt that some people would reduce their savings (if only because they would have less take-home pay), but certainly those who are anticipating a higher tax bracket in retirement than at present (are you listening younger workers?), the ability to pay a low tax rate now, while gaining the tax-free accumulation of earnings, and the freedom from mandated RMDs, makes a lot of sense. Older workers too might appreciate the tax diversification moving to Roth affords. 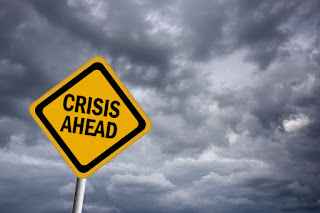 In considering the potential impact, I also drew comfort from the reality that so many of today’s workers are being automatically enrolled in their workplace savings plan. They may well have contemplated the potential tax implications before allowing that deduction to take place, but I’d guess most had not. And thus, a switch to Roth as an automatic deduction seemed unlikely to me unlikely to raise more than a brief ripple in current savings rates.

There are, however, signs that reactions beyond that of plan participants could produce seismic shocks. There were reports that some plan sponsors were not comfortable simply “flipping” automatic enrollment to Roth from pre-tax, at least not without some affirmative participant direction. Moreover, in recent days, a number of providers have been heard saying that, if a provision that would limit pre-tax contributions to something like the recently rumored $2,400, that they would feel obliged to place that cap in the plans they recordkeep with automatic enrollment provisions — at least until plan sponsors told them otherwise. And if plan sponsors aren’t comfortable making that switch with their automatic enrollment programs — well, you can see how that Roth limit could in short order actually become a limit on retirement savings.

But perhaps the most remarkable thing about the most recent set of tax reform rumors is the $2,400 limit itself. If it strikes you as a pretty low threshold, you’d be correct. None other than the nonpartisan Employee Benefit Research Institute (EBRI) using their Retirement Security Projection Model® (based on information from millions of administrative records from 401(k) recordkeepers), found that more than half of current 401(k) contributors would be impacted by a $2,400 contribution Roth. Even at the lowest wage levels ($10,000 to $25,000), nearly 4-in-10 (38%) of the 401(k) contributors would be impacted by the $2,400 threshold, as would 60% of those in the $50,000-$75,000 salary range. Can you say “middle-income tax increase”?

Tax reform might not happen, and even if it does happen, it might not touch retirement plans, or the delicate balances that incentivize both workers to save, and employers to offer the programs that allow workers to save.

Those who craft such legislation would do well to heed the danger signs already emerging from constraining and/or undermining retirement savings. It’s one thing, after all, to implement change without understanding or appreciating those consequences that are unintended, and something else altogether to know full well that those changes will have a negative impact, and then plow ahead with them regardless.